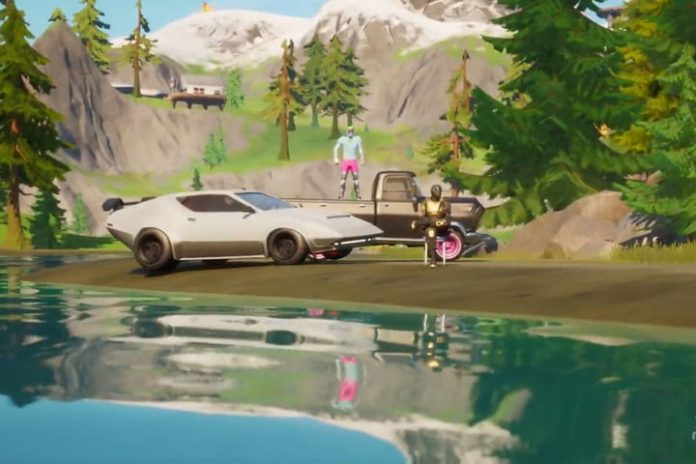 Nvidia has teamed up with Epic Games to bring its RTX technology to Fortnite, adding its ray tracing to the world’s most popular competitive game. That means real-time ray-traced reflections, ray-traced shadows, ambient occlusion, and support for the second-generation of Nvidia’s deep learning super sampling (DLSS) technology.

That should make the game look better than ever before, but also open up the option of improved performance, and even the potential for new competitive tricks made possible through tracking the shadows and other effects created by the actions of your opponents.

While ray tracing took some time to build up steam after its original debut on Nvidia’s RTX 2000-series Turing graphics cards, it’s now supported by a wider array of games than ever before. It’s also been shown to make a dramatic impact on the visuals of even low-tech games like Minecraft, leading to near life-like visuals.

An early look at ray tracing in Fortnite during Nvidia’s major technology announcement in September didn’t showcase a true-to-life Fortnite world, but it did look pretty.

Perhaps Epic can leverage this new partnership in its ongoing legal scuffle with Apple and Google.

Follow along with Nvidia’s other announcements as the event continues live.