Home News You'll need a screen for your Raspberry Pi and these are the...
News 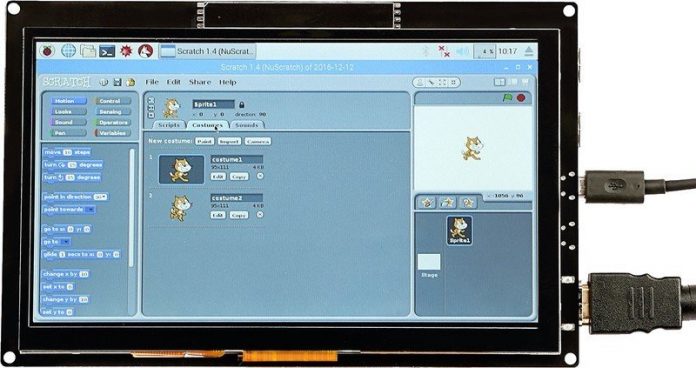 The Raspberry Pi is great when tucked away being part of the internet of things, but it’s best when you’re enjoying the web, watching a video, or doing anything else a more expensive and bigger computer can do. Best of all, there are plenty of great products that let you take it all with you. Check out these ultra-portable screens for your Raspberry Pi. 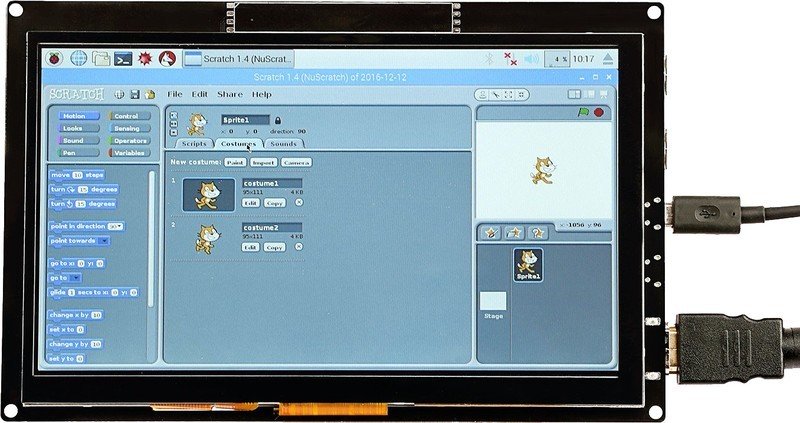 This 7-inch capacitive display has a 1024×600 resolution and connects via HDMI. It also only requires 500mA of power for its backlight. There are two additional USB ports for you to take advantage of and expand and extend. 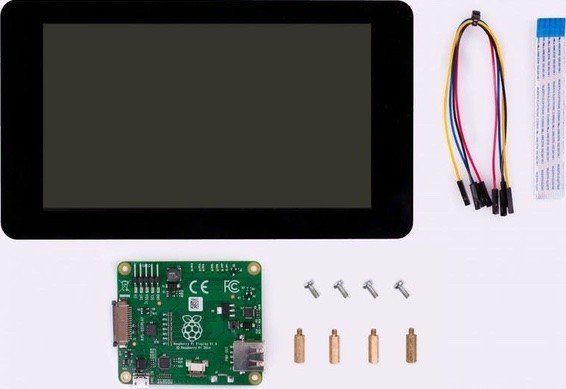 Raspberry Pi has made a 7-inch touch screen display of its own, and sports a resolution of 800×480, along with multi-touch support. There are just two connections needed to make from the display to the Raspberry Pi board for easy installation. Raspberry Pi also includes an adapter board which will take care of the power, signal conversion, and touch input. 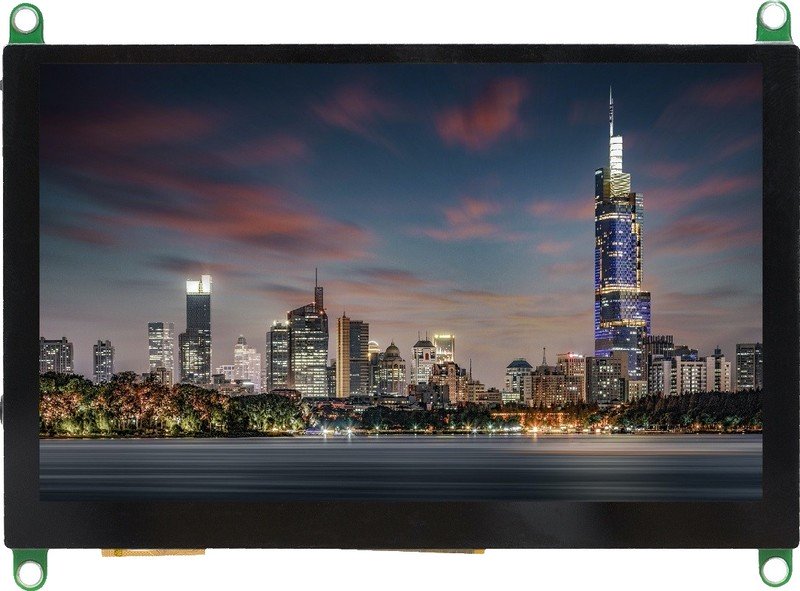 Specifically designed for the Raspberry Pi, so you only need to plug it in and you’re up and running. This multi-touch display works with the 4B, 3B+, and 3B, or it can work with your existing computer as an additional monitor. There’s a 3.5mm headphone jack, and adjustable backlight so you get a good picture. You get 15.6 inches and 1080p, which means you’ll love what you see on this display. The ZenScreen Touch from ASUS isn’t just for those wanting a touchscreen display for their laptops. This monitor features USB-C and micro-HDMI, along with a Smart Cover and a massive 7,800mAh built-in battery. 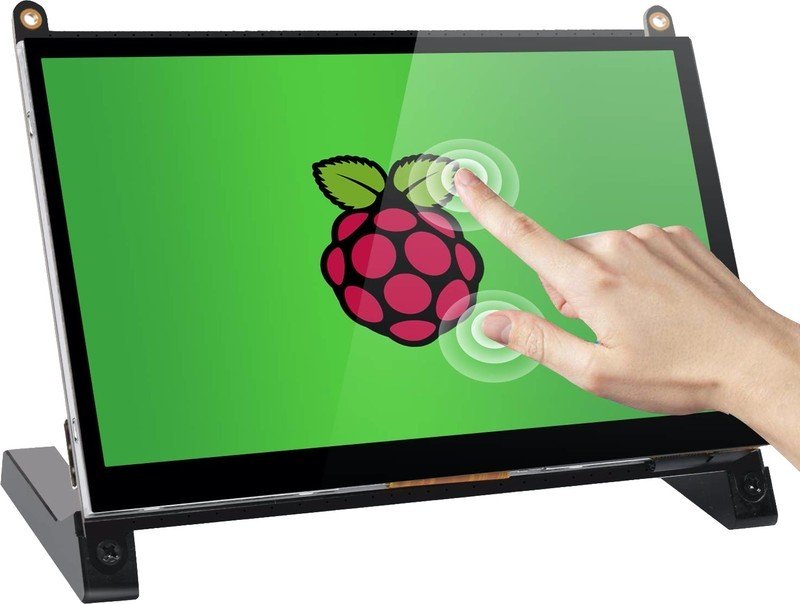 This 7-inch display comes with its own stand and has dual-speakers so everything sounds as good as it looks. Not only is it compatible with the Raspberry Pi suite of products, but this display will also work with your computers and gaming consoles.

Palm of Your Hands 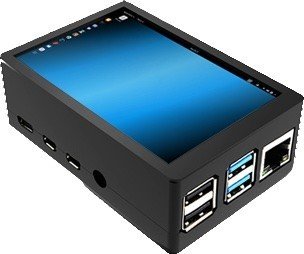 It’s a case with its own 3.5-inch 320×480 TFT monitor built into the top. Carry a computer everywhere in the palm of your hand. Jun-Electron also includes a built-in fan to help keep both the Raspberry Pi and monitor cool when in use. 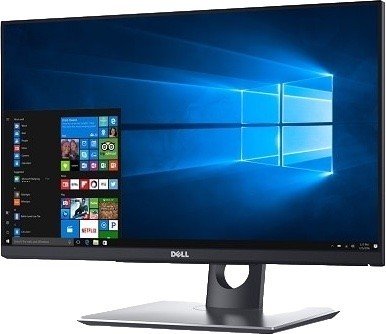 Flexibility is the name of the game with a Raspberry Pi, so you’ll want the same from a monitor. The Dell 24 Touch Monitor features a stand that tilts and swivels, while including a built-in protective cushion for when the stand compresses. Plus, there’s an array of connectivity options, including VGA, DisplayPort, HDMI, and USB.

Not just for Pi 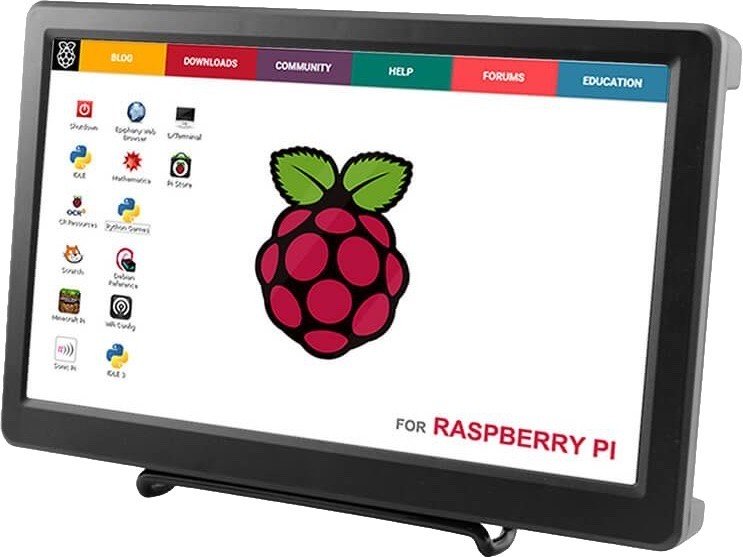 This 10.1-inch IPS display from Elecrow features a 1920×1080 resolution, and is even mount compatible. Meaning if you find the right case, you can attach your Raspberry Pi right to the back of the monitor for an all-in-one, portable solution. You’ll also get multiple input options, including HDMI and VGA. This 4-inch LCD display from Miuzei gives you easy access to all of your ports, while the display is mounted on top. The monitor itself supports a resolution up to 800×480, which is likely way too high for a display this small, but the refresh rate comes in at 60FPS, which is still pretty nifty.

The Raspberry Pi is no slouch when it comes to video. With the current model supporting dual 4K monitors, it has the power to drive just about any screen. While you’re home you can use a larger monitor or television, but for something more portable we like the GeekPi 7-inch Raspberry Pi Display. If you need a small display for your Raspberry Pi and don’t feel like working through set up files or carrying a special high-power charger to run it, you’ll love it too.

Those wanting to push the limits of their Raspberry Pi will want to check out the ASUS ZenScreen Touch. This display features a 1920×1080 resolution, USB-C built-in, along with two speakers. As for power, ASUS includes an enormous 7,800mAh built-in battery to keep you going throughout the day. There’s also a Smart Cover case included so you won’t have to worry about trying to figure out how to prop things up.