Home News This algorithm could revolutionize disease diagnosis, but we can’t use it yet
News

This algorithm could revolutionize disease diagnosis, but we can’t use it yet 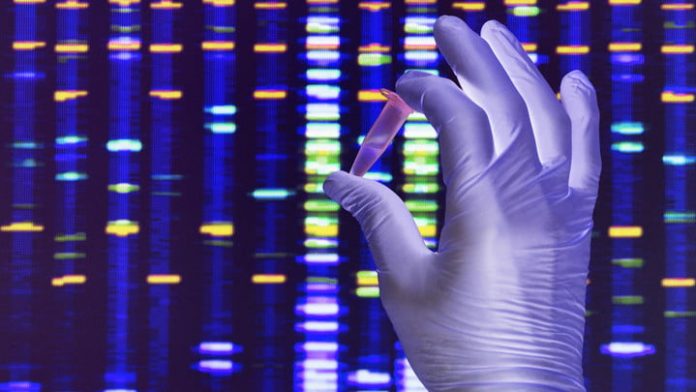 Scientists from the University of Virginia School of Medicine have built an algorithm that may shed crucial light on genetic diseases, as well as help physicians and medical experts to rapidly diagnose them. And it could be a game-changer — once someone actually builds a computer powerful enough to run it, that is.

The algorithm in question is one that is designed to analyze genomic data. It can be used to determine whether a test sample comes from a person with a disease or a healthy control and to do this significantly faster than current conventional computers.

“[Our] algorithm classifies a person as having a disease or not based on the occurrence of genetic variations in the person’s genome,” Stefan Bekiranov, associate professor at UVA, told Digital Trends. “In principle, it could be applied to predict a patient’s genetic predisposition to disease as well.”

Imagine, for instance, that a middle-aged patient with memory loss goes into a clinic. Their physician and family are worried about possible early-onset Alzheimer’s disease. The patient has blood drawn, and DNA and RNA are extracted and sequenced. Then they wait. And wait.

Today, this process could take weeks or even months before an answer is reached. But using the new algorithm developed by UVA researchers, the process — which involves scanning enormous genomic, cellular databases to make the necessary predictions — could be successfully completed in a matter of hours.

So what’s the roadblock? After all, the great thing about today’s over-the-air updates and constantly tweaked, cloud-based algorithms (Google alone rolls out some 500 to 600 changes to its search algorithm every year) is that they can be deployed rapidly. The problem with the UVA algorithm, however, is that it can’t be called into action just yet — because the computer that’s optimally equipped to run it doesn’t yet exist.

That’s because it’s an algorithm designed for a quantum computer: A class of next-generation supercomputers currently in their relative infancy. Unlike a classical computer, which encodes information as a series of ones and zeroes, quantum computer bits (called qubits) can be either a one, a zero, or both simultaneously. These qubits are composed of subatomic particles, which conform to the rules of quantum, instead of classical, mechanics.

The hope with quantum computers is that they will be able to carry out operations mind-bogglingly quickly. This is because their superposition property (in which quantum particles exist in multiple overlapping states at the same time) allows a quantum computer’s qubits to take multiple guesses at a time when solving problems. That is far superior to classical computing’s time-consuming, trial-and-error computations which can take just one guess at a time.

“Sure, no one can run it right now, but the wait will be worth it when it finally arrives.”

“Our study serves as a marker that interest in quantum computing is expanding, even while it’s still in a nascent stage of development,” Bekiranov said.

From toy applications to real ones

The UVA algorithm has been tested on IBM’s quantum computers. The full algorithm in principle can be run on existing quantum computers. But the problem is that it can only run on a “toy” problem, not a real one with close to the complexity that would be required in the real world.

Bekiranov noted that there are a number of current roadblocks to the algorithm being used. For starters, the quantum logic gates (the basic quantum circuit that operates on a small number of qubits) do not perform the operations with perfect fidelity, resulting in errors in the measured results and even in the predictions. The number of qubits on even the most powerful quantum computer is also severely stunted at present. This limits the researchers to low genomic resolution. In addition, asking the quantum computer to perform too many gate operations causes the quantum state to “decohere” in the middle of computation, thereby destroying it.

“Finally,” Bekiranov said, “and this is going to seem crazy, [but] it can take a complex set of gate operations just to input our data into the quantum computer. In fact, depending on the data, it can require so many gates to implement that it can negate the advantage of our quantum algorithm.”

While that might seem disappointing, however, he noted that with sufficient steady progress and critical scientific breakthroughs along the way, a quantum computer able to run this properly could be here “within a decade.” Think of it like building an amazing app for an iPhone that won’t ship until 2030. Sure, no one can run it right now, but the wait will be worth it when it finally arrives.

Just put “groundbreaking genetic diagnosis tools” down as one more reason to be excited about the coming quantum computing revolution.

Facebook
Twitter
Pinterest
WhatsApp
Previous articleHere’s how you can get your fitness data off of your Garmin watch
Next articleMSI GS66 Stealth review: A value Razer alternative