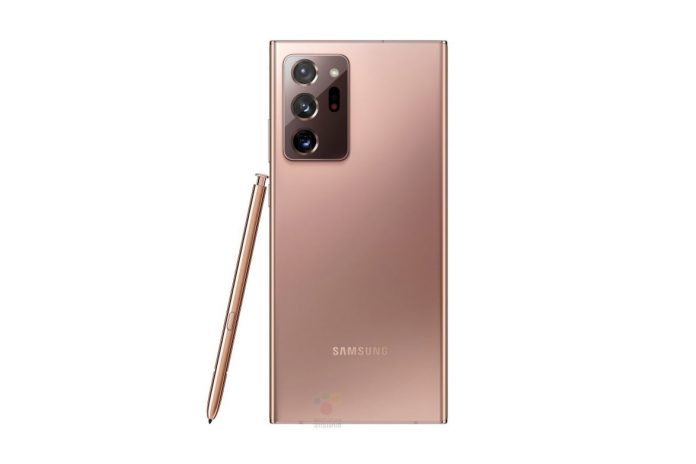 Samsung’s next flagship phone, the Galaxy Note 20 Ultra is said to be built for playing Xbox games. As per a new report by WinFuture, the upcoming phone will feature special optimizations to stream more than 90 Xbox games over Microsoft’s cloud service, Project xCloud.

WinFuture claims Samsung will market the Galaxy Note 20 Ultra as a “portable game console” and “made for Xbox Game Pass.” The premium phone will also, as expected, come equipped with the hardware to go along with that title.

The report corroborates the specifications we’ve seen from previous reports. On the front, the Galaxy Note 20 Ultra, which will be the larger of the forthcoming two Note-branded phones Samsung is announcing next month, will have a 6.9-inch OLED screen with barely any black bars around the edges. The display will have a resolution of 3200×1440 pixels, one of the highest you can buy today, and a refresh rate of 120Hz that will come in handy for playing graphic-intensive games. Plus, the leak adds that the Galaxy Note 20 Ultra will be the first phone to house the latest Gorilla Glass 7 screen protection.

Underneath, the Galaxy Note 20 Ultra will draw power from Samsung’s own Exynos 990 octa-core chipset in most regions and in countries like the United States, it will possibly have Qualcomm’s new Snapdragon 865 processor. It will be compatible with 5G networks and offer a 4500mAh battery that can be topped up to 50% in 30 minutes. The rest of the specifications include 12GB of RAM, 256GB or 512GB of onboard expandable storage, and Android 10.

Another highlight of the Galaxy Note 20 Ultra is expected to be its ability to simultaneously run a total of three SIM cards with two physical slots and eSIM support.

Samsung’s stylus, the S-Pen will get an upgrade too. The phone maker has managed to bring down the latency to nine milliseconds — on par with the Apple Pencil — which means there will be barely any input lag. Here as well, Samsung and Microsoft’s close will be on full display as the Galaxy Note 20 Ultra’s software will come synced with the OneNote note-taking service.

In addition, the Galaxy Note 20 Ultra will have three cameras on the rear that together will enable a 50x “space zoom” ability instead of the “100x zoom” marketed with the Samsung Galaxy 20 series. There’s also a dedicated wide-angle and telephoto lens for 5x optical zoom.

The Galaxy Note 20 Ultra will go official at Samsung’s upcoming event in August where the company says it will announce “five new power devices”.