Home How to How to watch the PGA Tour: Stream golf tournaments online
How to 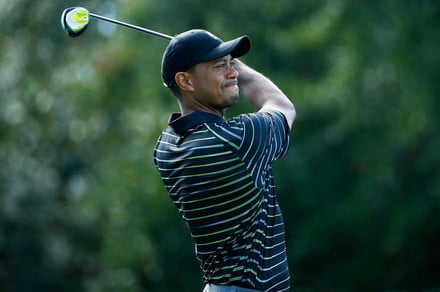 The digital streaming revolution has irreversibly changed how we enjoy our entertainment, from TV shows and movies to live sports. As a result, cord-cutting, or the practice of replacing traditional cable and satellite television subscriptions with online services like Hulu, is becoming increasingly popular; and although sports broadcasting has lagged behind other content when it comes to streaming, golf fans who want to watch the PGA Tour online now have some alternatives to cable TV.

If you’re looking for a way to stream golf tournaments online, then you’ve got a few options available to you — and with the legendary Tiger Woods returning for the PGA Memorial Tournament (and its fat $9,300,000 purse) on July 16, now’s the perfect time to sign up and start streaming. To help you find the right package for your needs and budget, we’ve put together a handy roundup of the best ways to stream the PGA Tour golf tournaments, along with a rundown of the 2020 PGA Tour schedule and the current top-ranked golfers.

The primary reason that sports have been slower than other content to jump onto the streaming bandwagon is due to tighter region-based broadcasting restrictions. Broadcasters typically keep a tight grip on their contracts to air sports content, and in the U.S., golf coverage is shared between two rival networks: NBC (and its Golf Channel) and CBS.

What this means for cord-cutters and other streamers is that, if you want to watch the PGA Tour online, you’ll need a package that includes either or both of these networks. Unfortunately, this is not always as easy as it sounds. In the U.S., your best choice (and the best value) is the Hulu + Live TV bundle. For $55 per month, you get full access to the entire Hulu streaming library along with more than 65 live channels, including the NBC Golf Channel as well as any PGA Tour and other golf content available via CBS. Better still, you can sign up for a free seven-day Hulu + Live TV trial if you want to give it a spin first.

If you don’t want a complete streaming package and you just need a stand-alone way to watch the PGA Tour online, then you’ve got some other options. As NBC and CBS hold broadcasting rights, you can sign up for CBS All Access to stream PGA tournaments and other golf-related content on your PC, smart TV, or mobile device. It’s a paid service, but for $6 per month, you also get to enjoy a large library of TV shows along with PGA Tour events.

If you’re already signed on with a TV package that includes NBC, then you can enjoy free access to the NBC Golf Channel. This allows you to watch the PGA Tour online via your computer’s web browser (just note that you’ll have to turn your ad-blockers off) or on a smart TV or mobile device with the free Golf Channel app. Alternatively, you can sign up for a NBC Sports Gold subscription, which gives you access to PGA Tour events as well as a bundle of other sports content for just $65 per year. Amazon Prime members can also enjoy watching the PGA Tour online; however, the PGA Tour Prime Channel requires a $10 monthly subscription on top of the $13 monthly Prime membership, so this is not the most cost-effective streaming option.

Those still looking for a full streaming package (and, for whatever reason, don’t want Hulu) have a few remaining options. The cheapest of these is the Sling TV “Blue” plan, which includes NBC Sports in its channel lineup that rings in at just $30 per month. More comprehensive packages include YouTube TV, offering 85-plus channels (including NBC and CBS) for $65 per month, or AT&T TV Now which features NBC and CBS in both its 45-plus channel Plus package ($55 per month) and its 60-plus channel Max package ($80 per month) which also comes bundled with HBO Max.

The PGA Tour world rankings are always shifting, and while American golfers currently hold seven of the top 10 spots on that roster, the two top names in professional golf are Rory McIlroy from Northern Ireland and Jon Rahm Rodriguez from Spain. McIlroy, now 31, has held the top spot in the PGA Tour world rankings for more than 100 weeks (in total, not consecutively) throughout his career. McIlroy also holds the distinction of being only one of three golfers — the other two being Jack Nicklaus and Tiger Woods — to win four majors by the age of 25.

John Rahm Rodriguez, only 25 years old, earned major recognition as an amateur golfer and formerly held the top spot in the World Amateur Golf Rankings for a record-setting 60 weeks before going professional. Currently in third on the PGA Tour world rankings is American Justin Thomas. Thomas, 27, was formerly the No. 1-ranked professional golfer and has racked up a number of impressive wins including the 2017 PGA Championship — his first major professional tournament performance.

Golf was one of the first sports to start hosting tournaments again during the ongoing public health crisis, and the PGA Tour still has a full calendar of events planned for the rest of the year. You can check out the official schedule (which also includes canceled and postponed events) at the PGA Tour website, but here’s a quick look at a handful of upcoming tournaments:

Hands-On With the AirPods Max Shield Case From WaterField Designs

Earlier this week, we highlighted a couple of third-party accessories that seek to address some of the shortcomings of Apple's
Read more

No matter if you're trying to lose weight, be more active throughout the day, or anything else in between, Fitbits
Read more

Source: StackCommerceIf you work behind a desk, chances are that Microsoft apps will be part of your workflow. The Premium Microsoft
Read more