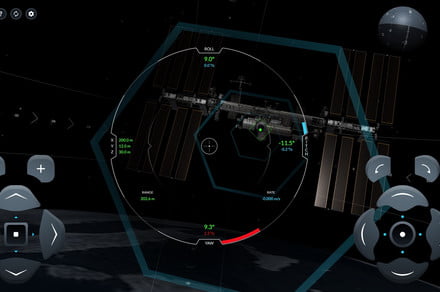 Ahead of its historic mission to the International Space Station (ISS) on May 27, SpaceX has launched an online simulator that lets you try your hand at docking the Crew Dragon capsule with the orbiting outpost.

“This simulator will familiarize you with the controls of the actual interface used by NASA astronauts to manually pilot the [Crew Dragon] vehicle to the ISS,” SpaceX said in a tweet.

The much-anticipated Demo-2 mission is set to put the U.S. back at the forefront of space exploration as NASA looks ahead to a crewed mission to the moon in 2024. It will also mark the end of U.S. reliance on Russia’s Soyuz program, with NASA sending astronauts into space from American soil for the first time since the Space Shuttle program ended in 2011.

For SpaceX, its first crewed mission comes after years of successful cargo trips to and from the ISS with the Dragon capsule. Demo-2 will be the latest in a string of achievements for the commercial space company, which also has its eye on even grander goals involving missions far beyond the lunar surface.

NASA astronauts Bob Behnken and Doug Hurley will be inside the Crew Dragon capsule as it approaches the ISS in a couple of weeks. The pair used the simulator for part of their mission preparations, but they shouldn’t have to call on their intense training to dock the capsule as the process is designed to take place autonomously. Still, if something goes awry, they’ll be ready to step in and take control of the spacecraft.

“Crew Dragon’s system includes touchscreens and physical manual control options with robust fault tolerance built into the system,” NASA said this week. The space agency said the touchscreens can be operated with and without the SpaceX spacesuit gloves, and the control system has been thoroughly tested during hundreds of hours of training and joint simulations with the crew.

Hit the question mark at the top left of the simulator for precise instructions on how to navigate the capsule. Final tip from SpaceX for the crucial docking procedure: “Movement in space is slow and requires patience and precision … successful docking is achieved when all green numbers in the center of the interface are below 0.2.” Got that? Now go ahead and see if you have what it takes.