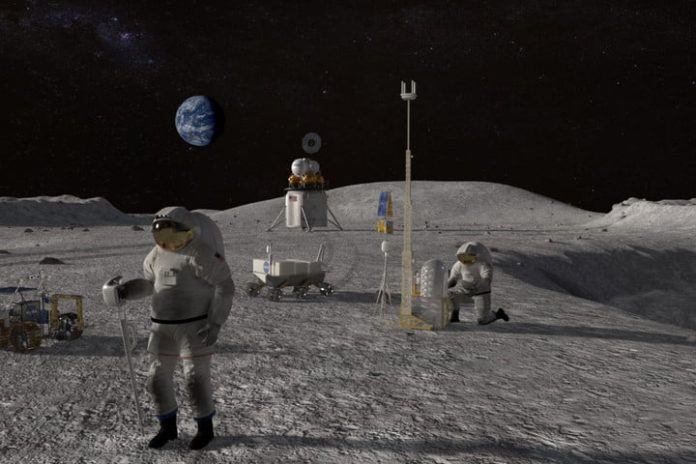 NASA has released a report detailing how it intends to set up a base on the moon, and from there send astronauts to explore Mars as part of its Artemis program. Having a long-term lunar presence would allow more efficient travel to distant parts of the solar system as well as the potential for more discoveries about the moon itself.

The planned lunar base would include elements like a vehicle for transporting astronauts around the moon’s surface, some kind of mobile habitation to allow astronauts to travel across the moon for up to 45 days at a time, and a more permanent lunar habitation structure where up to four astronauts could live for short periods.

“After 20 years of continuously living in low-Earth orbit, we’re now ready for the next great challenge of space exploration — the development of a sustained presence on and around the moon,” NASA Administrator Jim Bridenstine said in a statement. “For years to come, Artemis will serve as our North Star as we continue to work toward even greater exploration of the moon, where we will demonstrate key elements needed for the first human mission to Mars.”

The report describes a three-domain strategy for long-term exploration under the Artemis project, splinting the targets into low-Earth orbit, the moon, and Mars. The aim is to begin by promoting the commercialization of low-Earth orbit, encouraging private companies to make use of space as a location for research. Next will be the exploration of the moon by robots, such as the planned VIPER rover which will search for water. Then comes the landing of astronauts on the moon, followed by expanded human operations on the lunar surface to create a staging area from which Mars could be explored. Then robotic exploration of Mars, in preparation for human exploration of the planet.

The aim is to explore the moon “indefinitely,” with astronauts present at an Artemis Base Camp lunar base to conduct research and test space exploration systems, supported by autonomous robots and systems.

“Artemis and the development of Artemis Base Camp will inspire the world with the ability and commitment of American leadership, and in the positive potential of humanity as a whole,” the report concludes. “If we are to leave a legacy of greatness, hope, limitless opportunity, and growth to future generations, then it is a mission we cannot afford to postpone.”