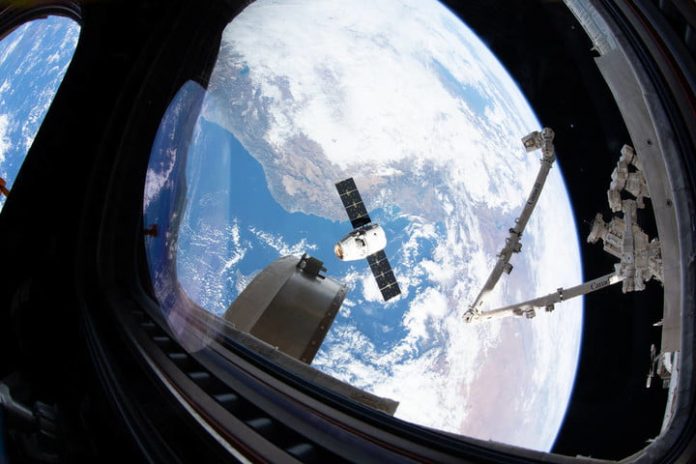 This week, a SpaceX Dragon resupply craft will depart from the International Space Station (ISS), carrying a range of cargo and scientific experiments back from space to Earth. And you can watch the departure as it happens, live on NASA TV.

SpaceX’s Dragon resupply ship slowly approaches the orbiting lab as both spacecraft were orbiting 258 miles above the Mediterranean Sea Dec. 9, 2019. Filled with more than 4,000 pounds of valuable scientific experiments and other cargo, Dragon is now set to leave the International Space Station Monday, April 6. NASA

How to watch the Dragon departure

Coverage of the departure of the Dragon craft from the ISS will begin at 5:45 a.m. PT on Tuesday, April 7. Note that this is the newest time, as previously the event had been scheduled for Monday morning but it had to be rescheduled to Tuesday morning.

The event will be shown live on NASA TV, which you can watch using the embedded video above. The livestream will cover the issuing of commands from mission control in Houston, and the release of the Dragon from the ISS using the ISS’ robotic arm. Overseeing the operation from the ISS will be Andrew Morgan, a NASA astronaut who will be responsible for backing up the ground controllers and monitoring the Dragon as it departs.

What cargo the Dragon is carrying

The Dragon will be carrying back more than 4,000 pounds of scientific equipment and other cargo from the ISS to Earth. Included in the cargo are a number of scientific experiments which can now be analyzed.

There is an experimental system for using microorganisms to create nutrients, called BioNutrients, which could be used to supplement astronauts’ diets in space to ensure they get all the vitamins and minerals they require. There’s also an experiment into the printing of human organs in space, as growing tissues in microgravity may have some advantages over growing them on Earth.

Another biology project is the Engineered Heart Tissues study which uses heart cells grown from stem cells to see how those grown in microgravity differ from those grown in Earth’s gravity. And finally, there’s an investigation into the way that microorganisms grow on wet surfaces into structures called biofilms, which could be used to cover surfaces on spacecraft to protect both crews and equipment.

Facebook
Twitter
Pinterest
WhatsApp
Previous articleE3 is canceled this year, but there are already plans for E3 2021
Next articleHere’s how to switch to a new carrier