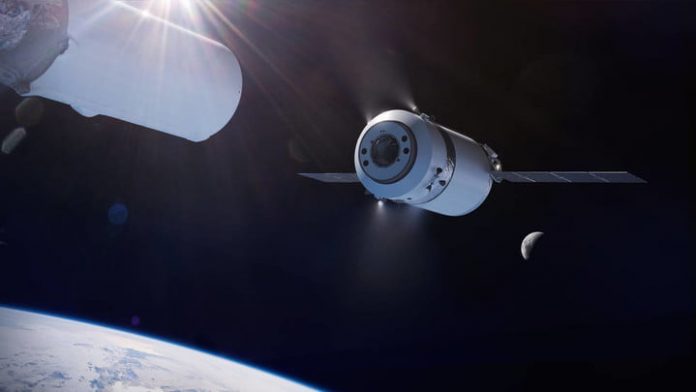 SpaceX won’t only be delivering supplies and ferrying astronauts to the International Space Station for NASA, it will also be delivering cargo to the planned Lunar Gateway space station in orbit around the moon. NASA has announced SpaceX as its first commercial partner for the Gateway project, which is part of the Artemis program which aims to have astronauts back on the moon in the next few years.

The Gateway will be a base and staging area from which missions can be launched, first to the moon and eventually to Mars. Having the infrastructure in place in lunar orbit will make it easier to move astronauts, supplies, and scientific equipment to the locations where they are required. “This contract award is another critical piece of our plan to return to the Moon sustainably,” NASA Administrator Jim Bridenstine said in a statement. “The Gateway is the cornerstone of the long-term Artemis architecture and this deep space commercial cargo capability integrates yet another American industry partner into our plans for human exploration at the Moon in preparation for a future mission to Mars.”

Illustration of the SpaceX Dragon XL as it is deployed from the Falcon Heavy’s second stage in high Earth orbit on its way to the Gateway in lunar orbit. SpaceX

SpaceX and NASA already work together on several projects under the Commercial Crew and Commercial Resupply contracts for the International Space Station. “Returning to the Moon and supporting future space exploration requires affordable delivery of significant amounts of cargo,” SpaceX President and Chief Operating Officer Gwynne Shotwell said in the statement. “Through our partnership with NASA, SpaceX has been delivering scientific research and critical supplies to the International Space Station since 2012, and we are honored to continue the work beyond Earth’s orbit and carry Artemis cargo to Gateway.”

The Lunar Gateway project is proceeding as planned, however, the broader Artemis mission could suffer from delays due to the global pandemic of coronavirus, officially called COVID-19. NASA has suspended work on its Orion craft and Space Launch System rocket, two key pieces of Artemis hardware, due to virus outbreaks at or near to several of its facilities. NASA has not announced a revised timetable for the Artemis mission but it seems unlikely that the lunar landing will be achievable by the originally planned date of 2024.