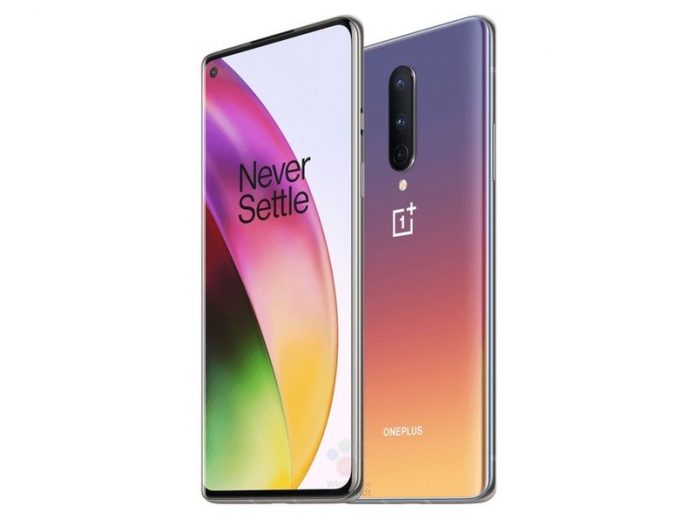 The OnePlus 8 Pro will feature the same 48MP main camera as the OPPO Find X2 Pro. 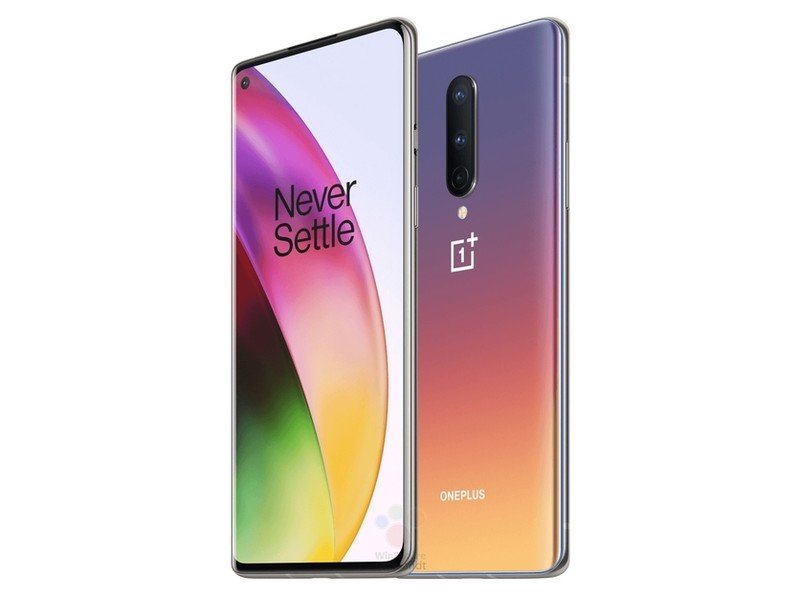 A massive leak last week revealed almost all the key specs of the upcoming OnePlus 8 and 8 Pro smartphones. More detailed camera specs for the OnePlus 8 Pro have now leaked, along with official renders showing off the OnePlus 8 in three color variants.

The OnePlus 8 Pro will have a quad-camera setup at the rear, featuring the same Sony IMX689 primary sensor with an f/1.78 aperture lens as OPPO’s Find X2 Pro. Joining the 48MP primary sensor will be a 48MP Sony IMX586 sensor with an ultra-wide-angle lens boasting a 120-degree field-of-view. The 8MP telephoto lens will offer 3x optical zoom, along with 30x digital zoom. Additionally, the phone will also feature a 5MP “color filter.” Along with the upgraded camera hardware, Agarwal claims the upcoming flagship will come with a new night portrait mode, ‘3-HDR’ video, cinematic effects, and improved OIS.

The leaked renders shared by WinFuture give us a clear look at the stunning “Interstellar Glow” color variant of the OnePlus 8. For consumers who like to keep things understated, the standard OnePlus 8 will also be offered in “Onyx Black” and “Glacial Green.”

These are difficult times for us all, and I’ve been pained to see how the pandemic has unfolded and already hurt so many, both directly and indirectly (1/4)

While several rumors have claimed that the OnePlus 8 series phones could make their global debut on April 15, OnePlus hasn’t confirmed a date just yet. However, OnePlus CEO Pete Lau has now confirmed that the phones will be announced “soon.” Lau added that the launch date was pushed back thrice due to coronavirus concerns, but the company has now decided to “move forward.”