HomeNewsSpaceX’s Dragon craft is departing the ISS on Tuesday: Here’s how to...
News

SpaceX’s Dragon craft is departing the ISS on Tuesday: Here’s how to watch 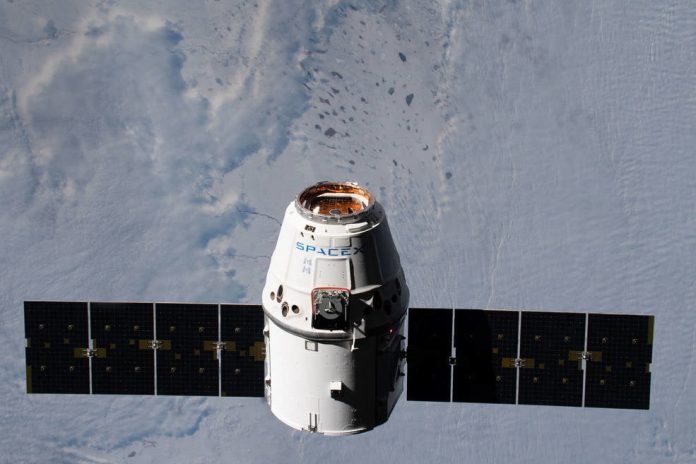 A SpaceX Dragon resupply ship approaches the International Space Station on Dec. 8, 2019, as both spacecraft orbit 261 miles above Kazakhstan. NASA

This week, SpaceX’s Dragon cargo spacecraft will depart from the International Space Station (ISS), where it has been docked since December 7, 2019. It will carry 3,600 pounds of cargo back to Earth including faulty parts and the results of scientific experiments. After detaching from the ISS, the craft will fire its thrusters, execute a deorbit burn, and perform a parachute-assisted splashdown into the Pacific Ocean southwest of Long Beach, California.

The return of the Dragon ship had originally been scheduled for Sunday, January 5, but a forecast of bad weather in the area where the craft was set to land means that the mission had to be delayed. It is important to have clear skies for a splashdown so that the craft can easily be located and so that the weather doesn’t interfere with the splashdown process.

One important component the Dragon will be carrying back to Earth is a faulty battery charge-discharge unit (BCDU). The BCDU was replaced by NASA astronauts and ISS residents Christina Koch and Jessica Meir during a spacewalk on October 18 last year, as part of the ISS’s ongoing power system upgrade. New lithium-ion batteries have been installed onto the truss of the space station, but the BCDU failed to activate. Now, it will be returned to Earth so NASA engineers can assess the problem and repair it.

In addition, the Dragon will carry back the results of various scientific experiments, including some tiny animals called rotifers. These are microscopic aquatic animals that live in freshwater and which display exceptional resistance to radiation on Earth. Scientists want to know if they are also resistant to space radiation and microgravity, so samples of the critters were placed in an incubator facility aboard ISS where they could be exposed to space conditions. Then they were frozen for the return journey, and once they arrive on the planet scientists can see whether the spaceflight affected their metabolism or genetics.

Facebook
Twitter
Pinterest
WhatsApp
Previous articleAre laptops with a 16:9 aspect ratio on their way out?
Next articleAsus ROG Zephyrus G14 hands-on review: A gaming laptop with its own light show