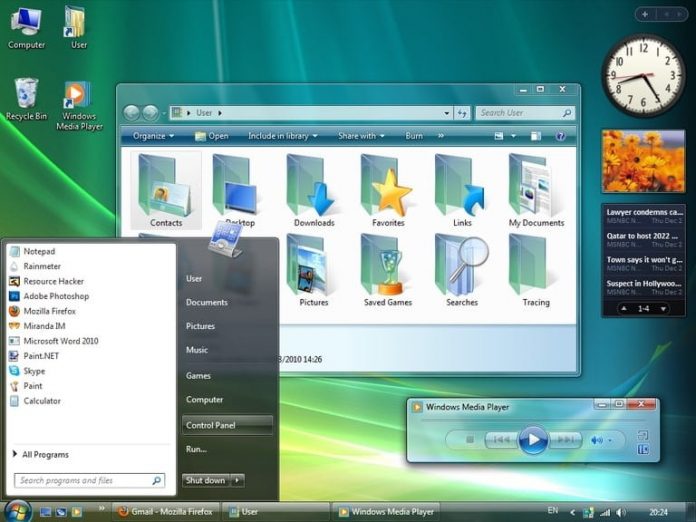 Windows 7 is dead. And yet, at the time of support ending for Windows 7, 26% of PCs worldwide were still running the nearly 10-year-old operating system. It was a beloved piece of software that people have been clinging to for years.

But Windows 7 also plays an important role in Microsoft’s recent history. In two dire times of recent Microsoft history, Windows 7 was the stalwart operating system that kept the legacy of Windows alive and well.

Doing what Vista could not

The year was 2007. Windows XP had enjoyed a long and fruitful run six-year run, and Vista came along to be its replacement.

Microsoft’s goal was to use Vista as an opportunity to resolve the security vulnerabilities of Windows XP and give Windows a modern look. But right from the get-go, Vista hit snags. For many, Vista had trouble installing system drivers. There even were even compatibility issues with many Windows XP programs.

With a new design for the Windows Shell and effects known as “Windows Aero,” the OS was also criticized for being too heavy on system resources. It simply didn’t work with existing hardware, and many had to upgrade memory, processors, or buy new computers just to enjoy Windows Vista. Microsoft’s partners even had to brand computers as “Vista Capable” and “Vista Premium Ready” to help people decide the difference between which computers can enjoy Vista’s high-end or low-end features. It was a mess.

Windows 7 also cut back a lot of the baggage introduced in Vista.

All that resulted in a failure to upgrade XP users to Vista. At its peak, Vista captured just 19% percent of PCs, compared to Windows XP’s 72%. At the time of its death in 2017, it held just 0.78% of the market. Compare that to Windows 7, which held a share of roughly 30% when support ended earlier this month.

Windows 7 was released in October of 2009, just a short two years later. It didn’t call for higher hardware requirements to run, and it performed faster than Windows 7. While still keeping elements of the modern “Aero” look, Windows 7 also cut back a lot of the baggage introduced in Vista. One example is Vista’s “Sidebar,” which was known to hog up system resources. It was phased out for Windows 7’s “Gadgets” which ran in a single process.

Windows 7 also revamped the look of key areas of the Start Menu. It was much easier to navigate and the System tray and many user interface elements were clean and concise. Many common administrative settings were easier to find. The poor reputation of Vista was lots to the sands of time as we happily skipped ahead to Windows 7.

If Vista was a roadblock, Windows 8 was a full-on pit.

Meant as a followup to Windows 7, 8 was released in October of 2012, just three years after Windows 7. Like Windows Vista, people weren’t buying into Windows 8 (or it’s follow-up, Windows 8.1). As reported by Business Insider in February of 2016 (which was one month after the end of Windows 8’s mainstream support,) Windows 7 held onto a commanding 52% of the market, and Windows 8 only held on to 10.4%, and Windows 10, then 11.8%.

With the boom of the iPad and Android tablet, Windows 8 was Microsoft’s answer to try and help Windows stay relevant. The company was eager to move Windows into the modern era, designed for new touchscreen tablets like the Surface RT and Surface Pro. But coming from the desktop era, the world just wasn’t ready to make the transition. Windows 8 introduced a new “Metro” User Interface and “Start Screen” with Live Tiles, and heavy emphasis on a touch-screen layout.

The result was a large majority of PCs sticking with Windows 7.

Even the familiar Start Menu was gone.

After all the criticism, Microsoft dialed back Windows 8 with the free Windows 8.1 Update. It brought back the Start Menu and improved integrations with OneDrive and allows users to skip the Live Tiles and Start Screen, and be logged right into their desktop. But the result was a large majority of PCs sticking with Windows 7, despite Microsoft’s attempts to move them onward.

To this day, Windows 8.1 is still in use, though it only holds 5% of the market share. It has nothing on Windows 7’s 27%. If Windows 7 hadn’t been such a solid fallback, who knows what would have happened?

Even Windows 10 is inspired by Windows 7

Windows 10 has since taken the place of Windows 7 with its successful five-year run so far. But at its heart, Windows 10 is heavily inspired by Windows 7. An that’s a good thing.

The glass-like “Aero” look might be gone, but many aspects remain. A clean and concise Taskbar, fluent designs and animations when opening and closing windows and even the ways of tiling windows for multitasking are just a few. There’s also the security aspects too, as Microsoft is now pushing Windows Security Center, and servicing Windows 10 with smaller twice a year major featured updates. That’s much like the Windows 7 service packs, and Windows Defender.

Heading into the future, Microsoft is working on a new version of Windows dubbed Windows 10X. With Windows 10X promising to revamp the Start Menu, Taskbar, and other areas of Windows, there’s plenty of reason to be hopeful for the future of Windows, and most of it is thanks to Windows 7.