Home News Get the best of what Samsung has to offer on a budget...
News 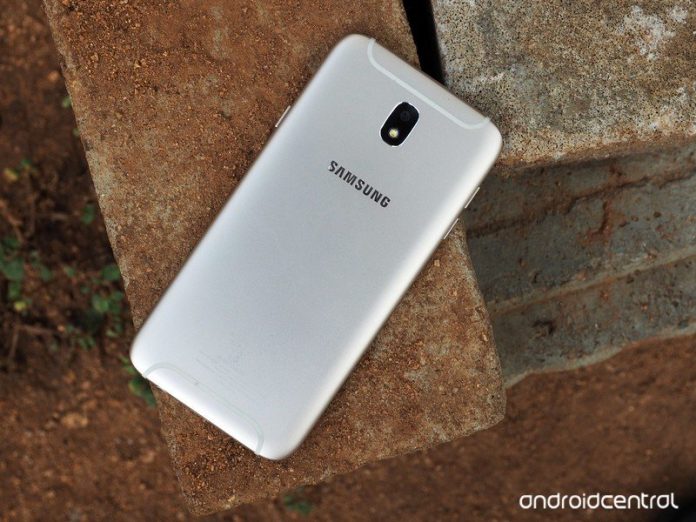 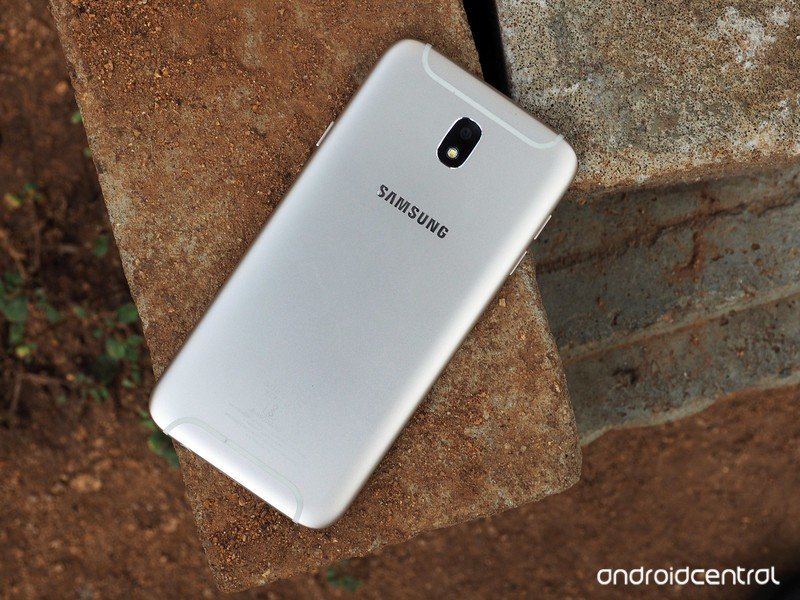 Samsung is largely considered to be a leader in the smartphone industry but it’s not just for its flagship options. Samsung’s budget phones, such as the Galaxy A30s, are still extremely serviceable, and sometimes even great for what you get. These are the best Samsung phones you can get for under $250 in 2019. 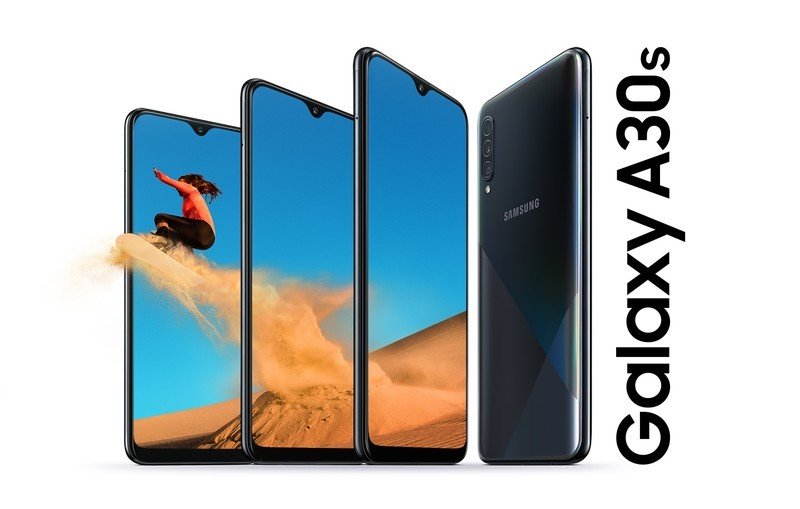 If you want a flagship-level experience without paying flagship prices, then the Galaxy A30s is perfect. This handset has up to 4GB of RAM, a beautiful sAMOLED display, and three cameras capable of handling many different shots.

Perhaps even more exciting than the triple-camera setup is the 4,000mAh battery. This huge battery combined with the mid-range Exynos 7904 chipset provides you with up to 12 hours of battery life.

Unfortunately, you may need to do a little bit of editing to your photos as the A30s’s camera sensors aren’t the greatest. Plus, you’ll have to keep your wallet with you as there is no Samsung Pay support here either. 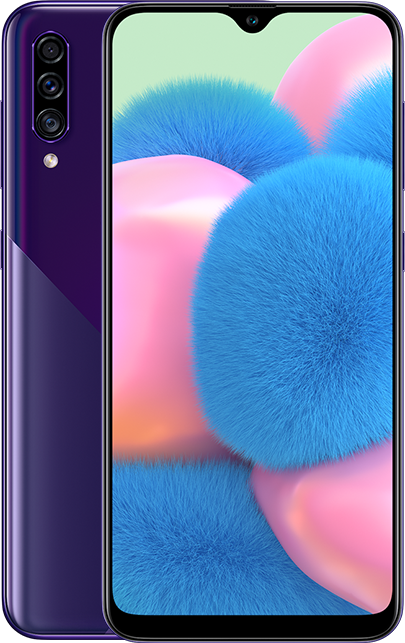 Get that flagship look and feel with great battery life

The Samsung Galaxy A30s offers a great combination of specs and design for a gorgeous mid-range package. 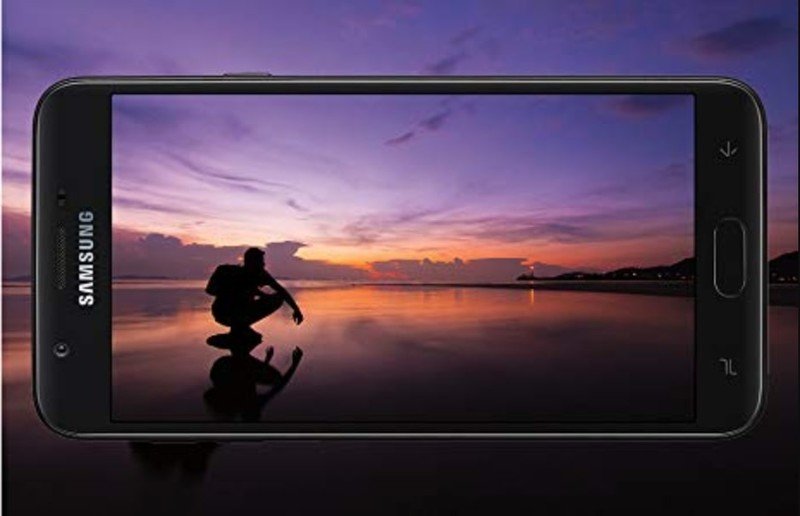 Samsung did make it possible to expand the base storage up to 400GB with the help of a microSD card. There are also 13-megapixel front and rear camera sensors, which aim to provide decent photos while you’re out and about.

16GB of storage in 2019 is rough, even with the ability to use a microSD card. This is especially true when much of that base storage will be taken up by pre-installed software. Plus, users have to deal with the Micro-USB charging port instead of the greatness of USB Type-C. 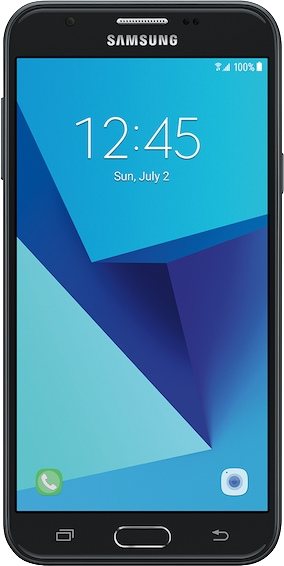 The Samsung Galaxy J7 has a solid spec sheet with 13-megapixel cameras and decent battery life in a familiar form factor.

Best for International Use: Samsung Galaxy A20

Traveling abroad can be frustrating when it comes to using your phone. However, when it comes to the Galaxy A30, there’s no concern to be had as this device offers a dual-SIM card slot. Plus, there is compatibility with just about all GSM network providers.

As for the design, Samsung included its new Super AMOLED Infinity display for an edge-to-edge design. There is a rear-mounted fingerprint scanner, along with Fast Charging thanks to the built-in USB Type-C charging port. Powering the Galaxy A20 is Samsung’s Exynos 7884 Octa-core chipset, coupled with 3GB of RAM and Android 9.0 Pie. Samsung also included a 4,000mAh battery, which is rather impressive and will last at least the entire day, if not a lot longer.

On the other side of the table, the Galaxy A20 cannot be used with CDMA carriers, so Verizon and Sprint users will have to look elsewhere. The camera system also is not as great as it could be, even with a dual-camera setup. There is a primary 13-megapixel lens, along with a 5-megapixel Ultra Wide lens so you can get more variety out of your photos and videos, but that could be stronger.

Best for International Use

Travel the world with this one

If you need to travel abroad, the Galaxy A20 is great with its decent spec sheet and dual-SIM card slot. 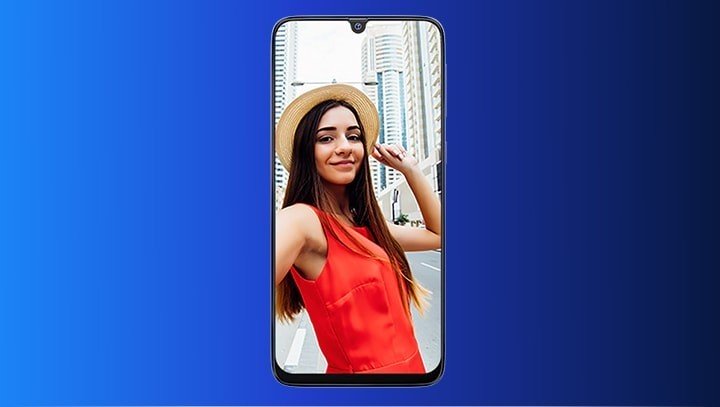 Samsung has been including its new Infinity-U display on many devices, including the Galaxy M30. The 6.4-inch display is big enough to enjoy your favorite media, despite only having an FHD+ resolution. Additionally, you get three rear-mounted cameras so you can always get the perfect shot.

The M30 also includes 15W Fast Charging, so your phone will always be topped off, on top of the included 5,000mAh battery. On the spec sheet, Samsung included 4GB of RAM combined with 64GB of base storage, which can be expanded via microSD to 512GB.

As is the case with other budget options, the Galaxy M30 is limited to only working with GSM carriers, meaning that Verizon and Sprint users will be out of luck if they were looking at this one. Additionally, some folks might not exactly enjoy that the M30 ships with Android Oreo, instead of Android Pie or Android 10.

Solid spec sheet for what you get

The Samsung Galaxy M30 has a middle-of-the-road spec sheet, but surprises with its Infinity display and all-day battery life.

If the Galaxy J7 is the best starter phone because of its familiarity to the old days of smartphones, then the Galaxy A6 is the next step up from that. The A6 sports a pocketable design, with a 5.6-inch Infinity Display, along with a durable build and a rear-mounted fingerprint scanner.

Although the A6 only has a single rear-mounted camera, the magic here comes with the 16-megapixel front-facing camera. Those who love taking selfies will thoroughly enjoy the three different LED flash modes to make sure that the lighting is just right for your various selfies.

The downside here comes in the battery, which is only 3,000mAh and may not last you throughout the day with semi-heavy usage. Additionally, there should be some pause when it comes to software, as the Galaxy A6 ships with Android Oreo, which is now two years old.

Beginners phone without the home button

The Galaxy A6 is fantastic if you want a step up from a beginner’s phone with its beautiful display despite middling battery life. 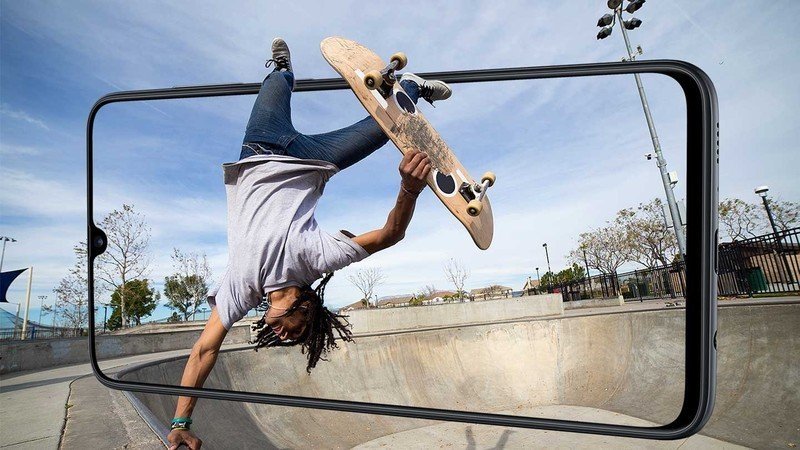 Samsung’s Galaxy A10e is one of the latest handsets to hit the market and has a solid spec sheet. The edge-to-edge 5.8-inch display is big enough for your Netflix sessions while looking great in the process.

Samsung shipped the A10e with Android Pie with hopes that Android 10 will be around the corner. There is also a microSD card slot capable of handling a 512GB, making it easy to keep all of your media on your handset without leaving you worrying.

There are a few things that leave us wishing Samsung shot for the moon with the A10e. The device only comes with a 3,000mAh battery which likely won’t last you through the day. 2GB of RAM in 2019 is practically unheard of and will make multi-tasking or mobile gaming a bit difficult. Finally, you’ll only get an 8-megapixel primary camera, which lags behind a lot of its competitors.

The Galaxy A10e could have been a sure-fire best pick if it weren’t for subpar specs like RAM and the battery life.

If you want to live in the Samsung world but don’t want to pay a premium price tag, then the Galaxy A30s is your best bet. This handset sports a 6.4-inch Super AMOLED, Infinity V display with an embedded fingerprint scanner.

Under the hood, you’ll get 4GB of RAM, along with 64GB of expandable storage up to 1TB. Plus, there are three rear-mounted cameras making it possible to get the best picture possible, regardless of the situation.

On the software front, the Galaxy A30s ships with Android Pie, but you do get access to the new Samsung One UI that represents a redesign of the software. Additionally, Samsung Pay is onboard, so you can leave your wallet in your pocket while you are shuffling groceries. Andrew Myrick is a regular freelancer at Android Central and iMore. He has been a tech enthusiast ever since the original iPhone was released and continues to flip-flop between devices. You might as well hook him up to an IV filled with coffee to get him through the day. If you have any questions, you can find him on Twitter, and he’ll get back to you.