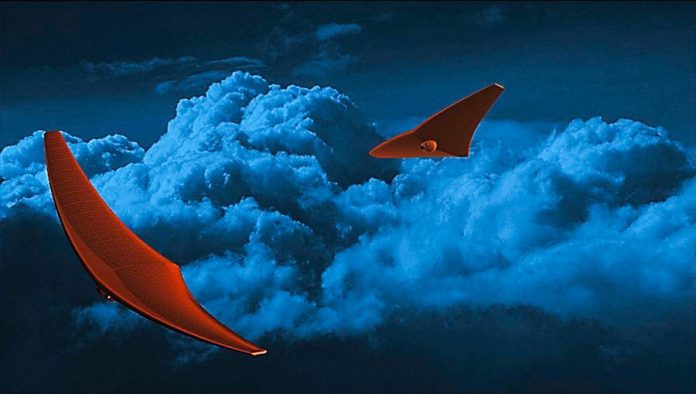 Rendering of two stingray-like BREEZE spacecraft exploring the atmosphere of Venus. The spacecraft would circumnavigate Venus every four to six days, with solar panels charging every two to three days on the side of planet illuminated by the sun. CRASH Lab, University at Buffalo

Even though Venus is nearby to Earth, there is still much that remains unknown about our planetary neighbor. From the history of temperatures on the surface to the possibility of microbes in the atmosphere, there are many mysteries about the planet and how it has changed over time. In particular, we know little about the planet’s “dark side” which faces away from the Sun.

Now, a team from the University of Buffalo is working on a craft designed to explore Venus’ dark side, and they’re taking inspiration from a creature found rather closer to home. The Bio-inspired Ray for Extreme Environments and Zonal Explorations (BREEZE) craft is a morphing design with flapping wings inspired by a stingray’s pectoral fins. The advantage of such wings is that they would allow the craft to float through Venus’ atmosphere and make use of the high winds there to move efficiently.

“By taking our cues from nature, specifically sea rays, we’re looking to maximize flight efficiency,” Javid Bayandor, associate professor of mechanical and aerospace engineering at the University of Buffalo and the project’s lead investigator, said in a statement. “The design will allow for a so-far unattained degree of control for such a spacecraft that would be subject to severe zonal and meridional winds on the planet.”

The craft would be powered by solar panels and would circumnavigate the planet every four to six days, taking atmospheric samples and collecting data on weather patterns and volcanic activity. As it would pass all the way around the planet, it could collect data on the dark side as well.

To create the morphing wings, the team would use an internal tensioning system which would allow them to control the craft’s thrust, lift, and stability. By remaining in the upper atmosphere the craft would avoid Venus’ scorchingly hot surface temperatures and clouds of sulfuric acid.

NASA has selected the BREEZE project to be part of its Innovative Advanced Concepts (NIAC) program, which funds early-stage and innovative research like the design of the Venusian stingray.