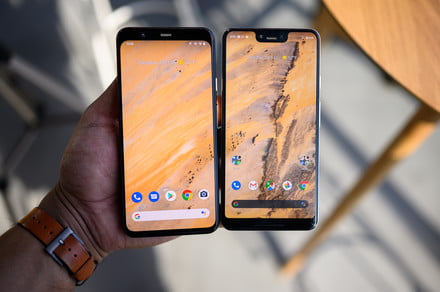 Google has been handing out cash rewards to Android bug hunters since 2015 in an effort to keep the mobile operating system safe and secure and running smoothly.

This week the Mountain View, California-based company announced it is increasing its top payout to a whopping $1 million, with a potential for a 50% bonus that pushes it to $1.5 million.

Suffice to say, that kind of money means Google is talking about a particular kind of hack, specifically a “full chain remote code execution exploit with persistence which compromises the Titan M secure element on Pixel devices.” Broadly speaking, it means cracking the Titan M chip on a Pixel phone without having physical access to the device. The $500,000 bonus is being offered for exploits found on specific developer preview versions Android.

Google started using the Titan M chip with its Pixel 3 smartphones that launched in 2018. The company describes it as an enterprise-grade security chip designed to secure the user’s most sensitive on-device data, as well as the device’s operating system. For example, Titan M helps the bootloader — the program that validates and loads Android when the phone turns on — ensure you’re running the right version of Android. It also verifies your lock screen passcode and secures transactions in third-party apps.

A bounty worth a million bucks — and more — should ensure the challenge gets plenty of attention among those with the know-how. Dealing with any exploits will allow Google to further bolster the security of its Pixel devices and avoid potential trouble from more malevolent hackers further down the road.

Google said that since it launched the Android Security Rewards program in 2015, it has awarded over 1,800 reports and paid out more than $4 million.

Total payouts in the past year alone amounted to $1.5 million.

Google’s largest single payment to date saw a bug hunter receive just over $160,000 in 2019 for uncovering a Pixel 3 exploit.

Last year we heard how an 18-year-old whiz-kid picked up $36,000 from Google after discovering a vulnerability that could have allowed a hacker to make changes to the company’s internal computer systems.

Facebook
Twitter
Pinterest
WhatsApp
Previous articleNeed two SIM cards on the Galaxy S10? You’ll have to buy the global unit
Next articleApple CEO Tim Cook: ‘I Will Fight Until My Toes Point Up’ for DACA