Home News Pixel 4 vs. Pixel 3 camera shootout: Where are the photography improvements?
News

Pixel 4 vs. Pixel 3 camera shootout: Where are the photography improvements? 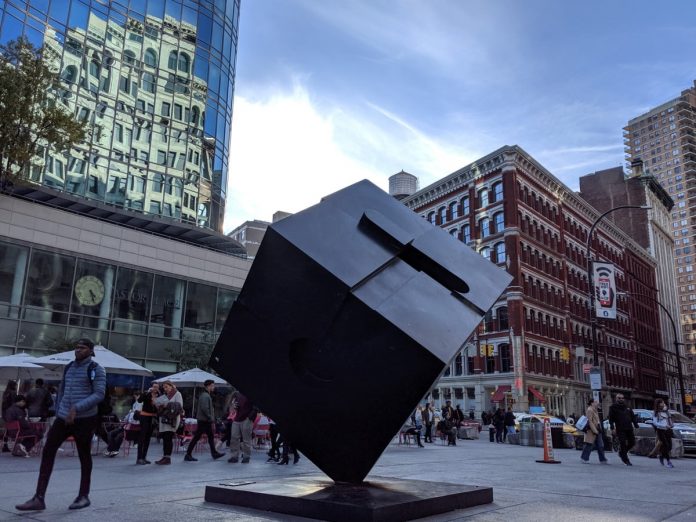 Google’s Pixel 4 and Pixel 4 XL bring big camera updates, namely in the form of a new telephoto lens accompanying the main one. There are also multiple image processing improvements that touch every single mode on the phones, from Night Sight to Portrait mode.

If you’re thinking of upgrading from the Pixel 3 or Pixel 3 XL, you might be wondering if the camera upgrades are substantial enough. Hopefully, our Pixel 4 XL vs. Pixel 3 XL camera shootout will answer that question for you.

The main lens uses the same sensor as last year’s model, but there are a few differences. Google said the sensor has a higher base dynamic range, so it can snap more well-exposed shots in high-contrast scenes, and it also adds support for ultralong exposures for astrophotography. The company also told Digital Trends despite the aperture being wider, the corner-to-corner sharpness is better, and that’s not often the case on cameras with wide apertures.

One thing to keep in mind is that many of these camera updates will be making its way to the Pixel 3, and while you might not get the same exact results, you can likely get very close to the Pixel 4.

Disclaimer: I analyzed these photos on a color-calibrated professional monitor. Keep in mind the images can vary based on what screen you’re viewing them through.

We start at the Alamo, also known as the Astor Place Cube in Lower Manhattan. Right off the bat, you can see two different tones — the Pixel 4 XL photo is cooler, whereas the Pixel 3 XL image is warmer. This might be due to the sun, which could have gone right behind a cloud as I switched to the Pixel 4.

No matter. Zoom in and you can see the Pixel 3 photo is filled with grain, and there is considerably less noise on the Pixel 4 image. You can even slightly see the underside of the cube facing the camera more on the Pixel 4’s photo. On the other hand, the Pixel 3 does handle the sky a little better — it’s not as overexposed — though colors overall look a little more natural on the Pixel 4.

It’s a tough call, but I’m going with the Pixel 4 because you can see a little more of the cube and as there’s less grain.

The Pixel 4 XL has a telephoto lens that delivers 2x optical zoom, and here it goes against a roughly similar digital zoom on the Pixel 3. Look closely and you can see the difference between optical and digital zoom — details on the Pixel 3 photo are fuzzy when looked up close, whereas it’s sharper on the Pixel 4. You can read the word “Sanitary” in the form that’s stuck to the window in the Pixel 4 photo, but it’s a little too blotchy to read on the Pixel 3.

The Pixel 3 goes a little too strong with the contrast, while the Pixel 4 photo is more realistic and looks just right.

What happens when you go past further than the telephoto lens? Here we have a shot at the maximum 8x digital zoom on the Pixel 4 XL and the max zoom on the Pixel 3 XL. The difference is like someone taking off glasses and putting them back on: The Pixel 4 photo is so much sharper in all parts of the photo, including the tree branches. Even the colors are a little more vibrant.

It’s easily a photo I’d share, but I can’t say the same for the Pixel 3’s shot.

Google said it improved Portrait Mode, as well as a feature called learning-based white balance, which adapts to the environment and applies the white balance to all photo modes for natural tones — that can be seen here perfectly. The outline of the dog is almost perfect on the Pixel 4 XL photo, with only one mess up in between his right leg and his body. The Pixel 3 XL has a few more errors, including the same one as the Pixel 4, but the bench on the left side of the frame isn’t blurred out for some reason, ruining the look.

The Pixel 3 has a warmer tone that affects the dog’s fur, harness — just about everything in the shot. The Pixel 4 is more accurate with its white balance here and looks incredibly natural. Both have exquisite detail, but the winner’s an easy choice.

Time for a selfie. Let’s use the Portrait mode for further effect. Not much analysis is needed here because it’s evident how much better the colors are on the Pixel 4 photo compared to the Pixel 3, which looks muted and flat.

The Pixel 4 also does a better job with the exposure of the sky, though both phones do almost perfect jobs with the outline around my head.

This is a tricky shot for any phone. The food here is so red because there was a heating lamp above me, shining its light down. Zoom in and you can see the Pixel 4 photo is slightly more detailed, but more importantly, this photo attempts to bring in some of the natural light that was present.

It feels as though the Pixel 3 XL gave up and didn’t correct the rest of the photo that wasn’t drenched in red light.

Here’s another situation where learning-based white balance comes in handy, and the difference is impressive. Not only does the Pixel 4 XL photo brighten up the whole image so that you can see the sky, but it also retains an accurate color scheme. The bulbs weren’t so yellow as the Pixel 3 photo makes it out.

Despite this, both photos have plenty of detail and only a little bit of grain,  but the colors are much better on the Pixel 4 XL photo.

I haven’t seen a great deal of difference comparing Night Sight on both these phones, but the Pixel 4 XL still edges out a win here. If you look closely, you’ll see the Pixel 4 photo is sharper overall, and you’ll also see warmer tones on the Pixel 3 XL image; the corrected colors on the Pixel 4 XL shot makes for a more pleasing photo, but the differences here aren’t massive.

Portrait of a dog indoors

The subtle improvements in Portrait mode are still visible when there isn’t enough lighting. Both these phones do an excellent job with the outline around the subject, but the Pixel 4 XL does win out for fewer mess-ups. You can see an error on the Pixel 3 image by the dog’s eyes.

The Pixel 4 shot has less grain, is more detailed, and the colors don’t look as harsh. It’s a great photo.

The Pixel 3 XL takes its first and only win here. This portrait mode selfie on the Williamsburg Bridge isn’t as warm as the Pixel 4 photo, but it also offers up a brighter scene — you can see the blue sky here, for example.

More importantly, my hair, which is rightfully all over the place because of the wind, is better captured on the Pixel 3 shot, whereas the Pixel 4 almost makes it look like I got a haircut.

No surprises here: The new phone beats out the old. But you might have been surprised to see at how well the Pixel 3 XL still fared against the Pixel 4 XL. I don’t think you’ll need to upgrade from the Pixel 3 to the Pixel 4 for the camera, especially as some of these improvements will be coming to the Pixel 3 via software updates.