Home News Leaked photo shows why you should be excited about the folding Razr...
News 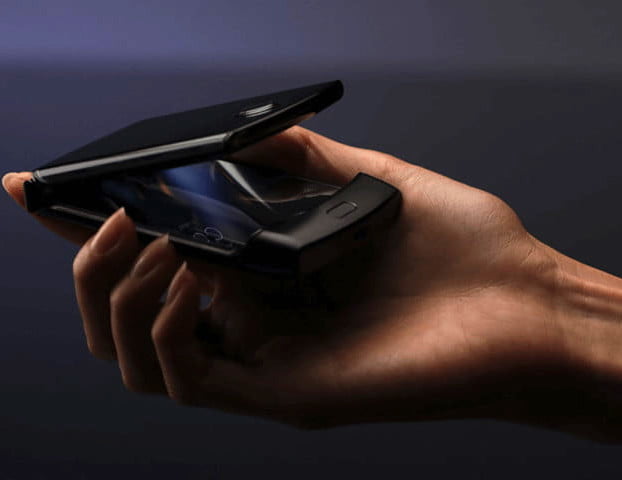 Motorola is gearing up to launch the 2019 reimagining of the original Motorola Razr very soon, this time as an ultramodern folding smartphone, and a leaked photo has shown why we should be excited about this intriguing device. It appears Motorola has stayed exceptionally close to the iconic design of the original Razr, a device that introduced mobile phones to a great many users.

The leaked photo appears to have been lifted from press promotional material and shows the classic clamshell shape slightly open, and resting in the palm of a hand. What’s notable here is the size of the phone, as it’s very compact, especially as it’s clearly a female hand holding the device. The open top reveals the reflective surface of the screen, which is expected to run from the bottom to the top of the open phone.

At the bottom of the phone is a lip, just like the classic Razr, except on it is a small button which we expect holds the fingerprint sensor. Whether it operates as anything else remains to be seen, but buttons and front fingerprint sensors on a phone at all are unusual this year. Turning our attention to the clamshell section, there’s a pronounced bump on the leading edge, which is possibly a camera bump. From this angle, it appears to hold a single lens, and therefore may be a selfie camera.

It’s all very intriguing, and the design is undoubtedly retro, fun, and at the same time, incredibly modern. However, there are still many questions about the new Razr that are not answered in this single photo. What about other camera lenses? We don’t know if there are further lenses on the back of the phone, or if that single lens on the top is all we’ll get. Additionally, we cannot see if there is a notification screen on the top of the phone, so information can be seen at a glance without opening the phone. What else? The original Razr came in a variety of colors, and it would be great to see the new version come in more than just black.

Motorola will reveal the Razr folding smartphone at an event on November 13, and we will bring you all the details on the day.