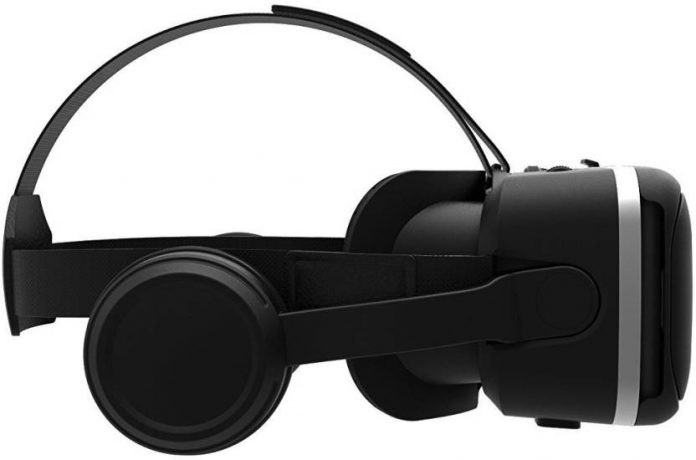 The age of VR is quickly approaching. Most of the times we see the technology being used for playing video games, making art or even viewing art that other people create. Sometimes it’s about creating a very realistic experience by showing the persona specific video through a VR headset and manipulating their surroundings to make them feel as if they’re truly there.

However, according to feedback, video games on VR tend to be much less popular than video games on consoles and PCs. And the video watching experience is usually in places like movie theatres and small conventions where they’re used to simply pass the time.

One sector of the digital industry though, which has been doing amazingly well in the usage of VR technology is the online casino.

People who are willing to purchase this piece of hardware find it much more attractive to play online casino games through a VR headset as it simulates the experience of being in a real casino. It also depends on what type of games you play.

In this article, we will be talking about the variations of games you can apply the VR technology to and showcasing what’s particularly great about them.

Playing blackjack online can be one of the most fun activities a person can have during their visit to an online casino. The game has tension, slight importance to experience and skill as well as loads of luck.

It makes the game very interactive and engaging, thus providing sufficient entertainment value to the funds a player may bet on a specific game.

However, thanks to VR playing blackjack games online could take a completely different approach to how they connect players on a specific platform.

For example, imagine that you and your friends apply for the same table. It seems quite static and automated when the computer takes fractions of a second to flip cards or deal with them.

However, in a VR situation, players can much better interact with their surroundings. They see a 3d model of a dealer actually flip cards, deal them to various players and then those players secretly checking the cards.

It allows for better display of emotion, and with facial recognition tech on the way, it could even allow players to analyze a player’s hand based on their facial expressions. But that’s a completely different topic.

The star of this article is VR and VR only.

Although it may be hard to imagine playing online slots through a VR headset, it’s actually quite a simple process.

Most developers, who are ready to put in the time tend to showcase more than one slot game in their VR world. Meaning that the player can position themselves in this alternate dimension which is just a few lines of code in the game’s database and choose different games when seemingly playing just one.

The main advantage of VR slots over simply online slots is that it keeps the player active, thus making it much more interactive. The interactiveness of slots games is slowly but surely becoming one of the main attractions for casino players. They want the games to be as interesting and jam-packed with content as possible.

Some even like when the game has some kind of RPG (Role Playing Game) elements to it, such as progression or varying arches.

In most cases, what the VR allows the players to physically pull the lever to make the reels spin, which is a completely different experience than sitting in front of a screen and just clicking.

The 3d aspect of the games’ animations also immerses the player into the game thus providing much more entertainment value than just a 2d animation.

Recommended slots for VR are currently Jack and the Beanstalk and Dracula. Other games are also quite fun, but this is a relatively new addition to the casino industry, thus games are still on their way for this platform.

Roulette is also a game that is hard to imagine as a VR experience, at least as an experience that doesn’t get boring to some extent.

Most players that like to play Roulette choose to go for live roulette, where they simply watch a live transmission from a studio somewhere in the world. The game is simply the host or hostess dropping the ball on the roulette as it’s spinning once everybody had made their bets.

Turning that into a VR experience allows players to sometimes spin the roulette themselves. This allows them to apply a specific amount of force, thus giving very skilled and calculative players a better chance at landing the ball on their desired location.

However, this feature may be limited in the future if people start becoming too skilled at manipulating their chances.

Regardless though, seeing yourself surrounded with 3d animations of people in suits or tuxedos also placing bets in real-time is a bit more interactive and fun than just watching the roulette spin in real life.

VR casinos will be the mainstream, so might as well get accustomed

VR casinos are already leading in terms of popularity, or so it seems due to their affiliation with an online casino.

It’s not necessary to mention that offline casinos are a very rare occurrence in everybody’s life unless they live right next door.

In most cases, a trip to the offline casino is an attempt at a classy evening with some entertainment, free drinks and hopefully enough profit for a lush dinner.

This was where online casinos failed and couldn’t match the value. With VR, they can at least partially supply the same entertainment as a large luxurious venue, even if it’s virtual.