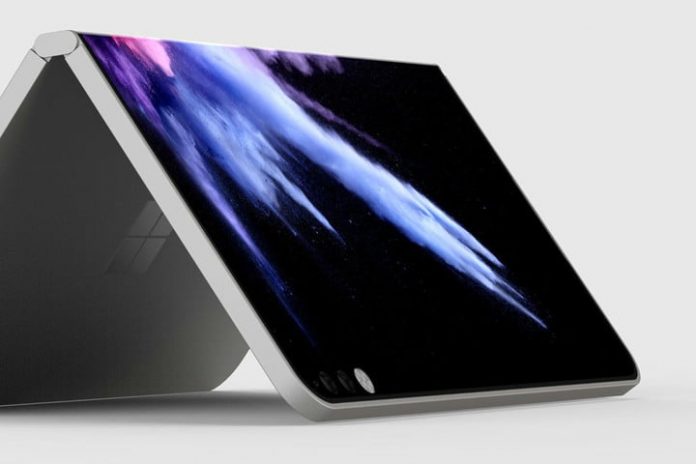 After months of rumors that Dell is working on a dual-screen PC, the XPS-maker confirmed that it is exploring the emerging form factor. Dell’s bullish embrace of PC designs with foldable displays or dual-screens could bring exciting changes to its popular XPS 13 lineup. To date, the thin and light Windows Ultrabook only gets iterative updates rather than a radical redesign, but a larger, foldable display or secondary screen option on the device could usher in new user experiences to the platform.

“We began exploring multi-screen devices around a decade ago,” Dell stated in a blog post, highlighting that the Dell Experience Innovation Group has been exploring ways to deliver new experiences to help users be more productive. While Dell is only now publicly embracing the emerging form factor, the company claimed that prototypes of dual-screen devices have existed as early as 2017.

Despite announcing its support for the new form factors, Dell did not reveal specifics surrounding how such a device will look or function, and it’s still unclear if such a device will get the XPS branding. “The above is only a handful of the factors we’ve had to consider as we work diligently to bring the best dual-screen experiences to users,” the company noted in a prepared statement. Dell has been testing various designs with users in the hope of delivering a meaningful and practical dual-screen PC. “We have spent a lot of time exploring the balance between performance, power, and overall aesthetics. For example, larger screens are preferred for productivity tasks, while users will continue to demand thinner and lighter devices. Of course, these all directly conflict with the need for ample battery life.”

Earlier this year, rival Lenovo showed off a dual-screen professional ThinkPad prototype with a 13.3-inch OLED display. There are a few laptops today that ship with a more limited implementation of dual-displays. The Asus-made laptops either embed a secondary display in the area right above the keyboard — similar to Apple’s Touch Bar on the MacBook Pros, albeit with a larger screen — or come with a screen built into the trackpad. Intel has also been working with various Windows device manufacturers to push the form dual-screen form factor with its Tiger Rapids prototypes.

The novel form factor, according to Dell, is ideally suited for multitasking. For laptops with foldable and dual-screen displays to be successful, they need the experiences to be supported at the software level. Previously, it was rumored that Microsoft was building a version of its Windows operating system called Windows Core OS to support devices with dual displays, including the Microsoft Surface Neo dual-screen tablet. In a separate briefing, Microsoft confirmed that Core OS will be leveraged to support dual-screen and foldables on a platform called Windows 10 X, which the company claimed is a new “expression of Windows 10” designed to support workflows across multiple built-in displays along with the use of touch and stylus for input.

Windows 10 X will likely be used on Dell’s upcoming dual-screen device along with Microsoft’s much anticipated Surface Neo tablet. The Windows-maker mentioned Dell, HP, Lenovo, and Asus as partners, so we can expect to see an expanded portfolio of dual-screen Windows 10 devices in the future.