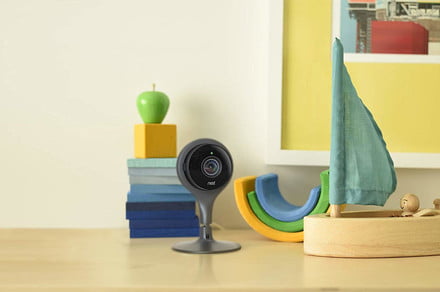 Future video monitors could warn parents before the baby starts crying — a recently published patent details Google’s plans for an artificial intelligence system that tracks an infant’s eyes and movements as well as sounds to alert parents to unusual behavior. The patent, published on September 5 but filed last year, could create a smarter baby monitor that alerts parents when the baby is starting to stir or the toddler is attempting to scale the crib railing — if parents are willing to let Google spy on their child.

The patent details a system that mixes a video monitor with A.I.-based software. By monitoring the baby’s eyes and movement, the camera could look for signs of discomfort that a traditional audio monitor wouldn’t detect. A baby that’s moving more than usual, the patent suggests, may be too hot or too cold.

The eye-monitoring A.I. could track if the baby is awake or sleeping by determining if the eyes are open or closed. The software could also detect the baby’s position — letting parents know if their toddler is sleeping or trying to climb out of the crib instead. All those features could tie in with an app that sends parents notifications on a smartphone or tablet.

The patent — if it ever comes to fruition — would likely be an expansion of the Google Nest security camera. The baby-monitoring A.I. isn’t the only baby tracking tech coming from Alphabet — Verily, a healthcare research division of the company, is working with Pampers on a diaper sensor that tracks diapers and sleep and sends the data to an app. The Lumi smart diaper is also designed to work with a Logitech camera system with audio as well as tracking the temperature of the room.

While adding nursery-friendly features to Google Nest isn’t far fetched, some parents may be wary of the technology. Wi-Fi enabled video monitors are known for being hacked, and the privacy-conscious may not like the idea of putting A.I. — and Google — in the nursery.

By monitoring more than sound, however, the technology could alert parents when the baby is starting to stir instead of at the first scream — which may give sleep-deprived parents a warning if they only have a few minutes to finish their coffee.