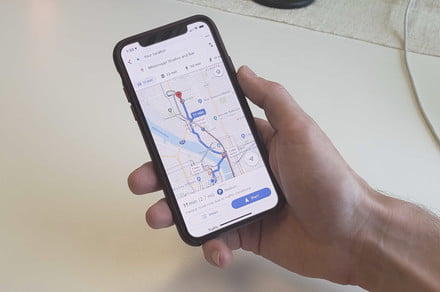 Google Maps, which is most often used to provide directions to a destination, will also now support people on the path to recovery from drug or alcohol addiction.

In a blog post, Google announced that it is launching two new tools on Google Maps that will help connect people to resources for drug and alcohol addiction recovery, as part of the company’s efforts in National Recovery Month.

The first new Google Maps feature is the Recovery Locator Tool, which marks more than 83,000 recovery support meetings including Alcoholics Anonymous, Narcotics Anonymous, Al-Anon, and SmartRecovery. Users will only have to put in their address to see the closest meetings, which take place across more than 33,000 locations.

The second new Google Maps feature is the Naloxone Locator Tool, which will reveal nearby establishments where the opioid overdose-reversal drug may be obtained without a prescription. Users will have to input “Naloxone near me” or “Narcan near me” in the search bar to bring up the list of locations, which already includes 20,000 pharmacies by CVS, Rite-Aid, and Walgreens across 50 states. Google added that it will be adding local clinics and independent pharmacies to further expand the list, and will also publish more information regarding the availability and life-saving capabilities of Naloxone.

The new Google Maps tools were launched alongside the Recover Together website, where the Recovery Locator Tool and Naloxone Locator Tool are available in addition to other resources for recovery, treatment, and prevention.

More than 21 million Americans struggle with substance use, according to Google, with more than 130 people passing away daily in the United States due to opioid overdose, according to the Centers for Disease Control and Prevention.

Fortunately, according to Google, last month saw an all-time high in  search interest for queries such as “rehab near me,” “addiction treatment near me,” and “sober living near me”. Hopefully the new Google Maps features will play a significant part in the battle against drug and alcohol addiction.

The functions of Google Maps have significantly expanded beyond giving directions, with the platform now also providing disaster warnings, alerting when taxis are off-route, and predicting the crowdedness of a bus or train.

Is the Samsung Galaxy Note 20 Ultra a better smartphone than last year's Galaxy Note 10 Plus? We find out.
Read more
News

10 cheap products that will revolutionize your home office

Ellie's journey gets even more decked out with options.What you need to knowThe Last of Us Part 2 released on
Read more

With a U.S. ban imminent, we've rounded up the best TikTok alternatives to keep you dancing to the rhythm.
Read more

Is the Samsung Galaxy Note 20 Ultra a better smartphone than last year's Galaxy Note 10 Plus? We find out.
Read more

10 cheap products that will revolutionize your home office

We've rounded up ten must-have products that will turn your boring, Spartan desk into the perfect home office.
Read more

Ellie's journey gets even more decked out with options.What you need to knowThe Last of Us Part 2 released on
Read more