Home News The ThinkPad X1 Yoga 2-in-1 is on sale right now for almost...
News 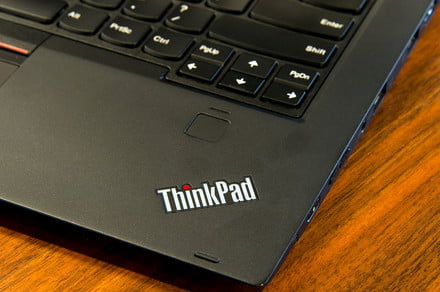 From its budget-friendly Chromebooks to its Legion series of gaming laptops, Lenovo offers a broad range of some of the best Windows PCs out there today. Somewhat ironically, this Chinese tech company might be most well-known for its ThinkPad laptops, an iconic brand that it acquired from IBM roughly a decade ago. Lenovo has kept the long-running ThinkPad line going strong with great modern designs like the ThinkPad X1 Yoga, and you can grab the second-gen model of this 2-in-1 ultrabook for a deep discount of almost 50% right now.

Lenovo has a ton of its laptops on sale right now for the 4th of July, but this ThinkPad X1 Yoga deal is among the best of the lot — it’s the biggest discount, at least. The X1 and Yoga devices are matched only by the Dell XPS 13 and HP Spectre x360 in the market of slim and light Windows laptops, but the X1 Yoga combines the portability and versatility of a 2-in-1 with a lot of the features that sets ThinkPads apart from the competition.

The X1 Yoga is a ThinkPad through and through, right down to its military-grade build quality, pleasant keyboard, aesthetics that are all business, and red TrackPoint “nub” in the center of the keyboard. The ThinkPad X1 Yoga is nonetheless one of the more unique entries in the Lenovo family, being something of a hybrid between the X1 (the flagship ThinkPad series) and more bleeding-edge Yoga line.

Its 14-inch 1080p touch display rotates on a 360-degree hinge for use as a stand or to fold flat for tablet-like use (the ThinkPad Pen Pro stylus is also included, and the keyboard can serve as a handy kickstand as well). The keyboard also has a unique feature that flattens the keys when you fold the screen back so they don’t get in the way when you’re not using them. Under the hood, the ThinkPad X1 Yoga 2-in-1 packs a 7th-generation Intel Core i7-7600 CPU and 8GB of RAM, delivering plenty of performance for entertainment and multitasking.

The normal sticker price for this ThinkPad X1 Yoga is a steep $2,640, but Lenovo’s ongoing deals for the week of July 4 mean you don’t have to pay nearly that much: A whopping discount of discount of $1,311 shaves almost 50% off of the cost, letting you grab this great 2-in-1 ThinkPad for just $1,329 directly from Lenovo. Remember to use the coupon code CLEARANCE14 at checkout, and also be sure to take a look at some more of Lenovo’s 4th of July offerings.