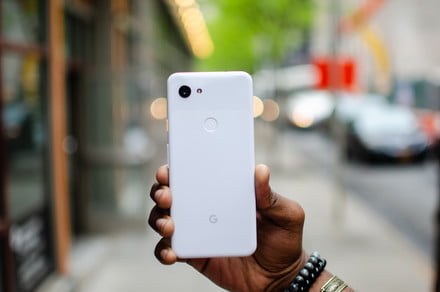 The Google Pixel 4 is coming this year, and if you’re wondering how the Pixel 4 XL — the larger of the two phones expected — will look, here is a good idea. This is a render of the phone based on official news, leaked information, and alleged schematics, and it’s very different from the Pixel 3 XL. The good news from a design standpoint is that the gigantic notch blighting the 3 XL’s clean lines looks likely to disappear for the Pixel 4 XL.

Instead, the Pixel 4 XL will potentially adopt a sizable bezel around the top of the phone, much like the Pixel 3 and Pixel 3a. It houses a pair of camera lenses and a speaker, according to the rendered images, which were created by @OnLeaks for pricebaba.com. If Google is hoping to avoid backlash against the design this year with its decision, it may not have succeeded. Comments on the Twitter post are filled with complaints about the phone’s design, accusing it of looking outdated already.

At the bottom of the screen is a far smaller bezel, while on the back is the controversial new camera lens array, which is set inside a large section in the top left of the device. Look carefully and you’ll notice the render does not show a fingerprint sensor, indicating Google will fit an in-display sensor, or adopt face recognition using the multiple camera sensors seen in the bezel. Both these features have already been rumored, and it’s not the first time we’ve heard the Pixel 4XL will lose the notch either.

Other changes? The small lower bezel does not contain a speaker, suggesting the Pixel 4 XL will not have front-facing stereo speakers. Instead, speakers can be seen on the bottom of the phone, in a more traditional place alongside a USB Type-C connection. Neither end of the phone has a 3.5mm headphone jack. Other rumors point to the Pixel 4 XL having a special time-of-flight sensor on the front to provide a gesture control system like the LG G8.

While these images are not confirmed by Google, they do feature elements the company has sent out itself. We know the camera array will look like that, so what about the notch and the bezel? The Google Pixel 4 and 4XL are expected to launch around October, and unless Google breaks the news again, we’ll find out then.