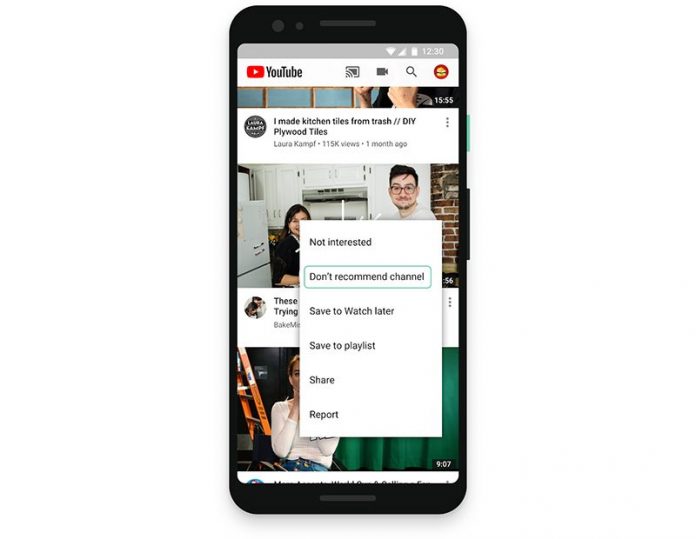 Google today announced several new features coming to YouTube, all of which are designed to give users more control over the kind of content that appears on the Homepage and in Up Next video suggestions.

For removing video suggestions from channels users are uninterested in, there’s a new YouTube option called “Don’t recommend channel.” It’s accessible by tapping on the three-dot menu next to a video on the homepage or Up Next. After tapping it, users will no longer see videos from the channel as suggested content.

The “Don’t recommend channel” option will be available on mobile devices first before expanding to the desktop.

Along with an option to stop a channel from being recommended, YouTube is adding more detail on why certain videos have been recommended. There’s a small box underneath recommended videos that lets YouTube users know why a video has been surfaced. The feature is available for iOS users today and will be coming to Android and desktop in the future. 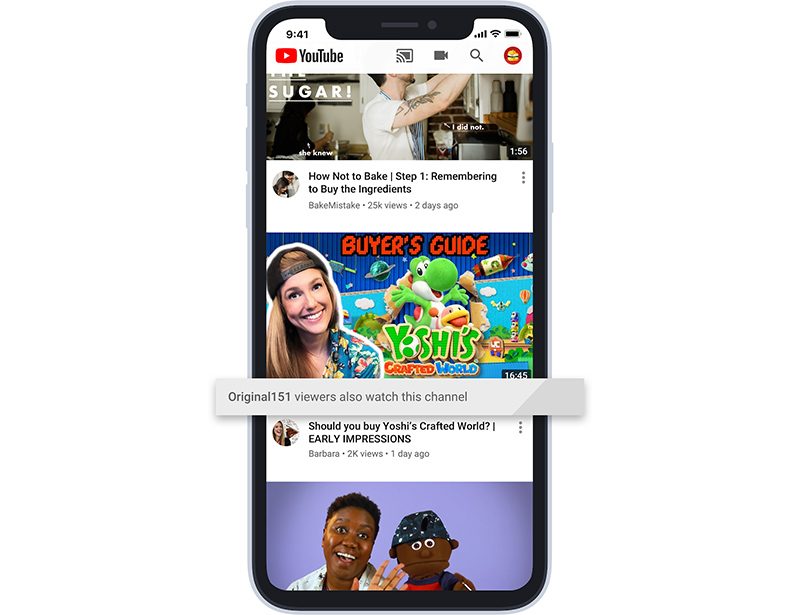 YouTube is also gaining new tools to make it easier to explore topics and related videos, such as baking videos, or a favorite music genre. Options presented to YouTube users are based on existing personalized suggestions and can be found on the homepage when scrolling up or on Up Next when browsing. This feature is available for Android users currently and will be expanding to iOS and desktop in the future. 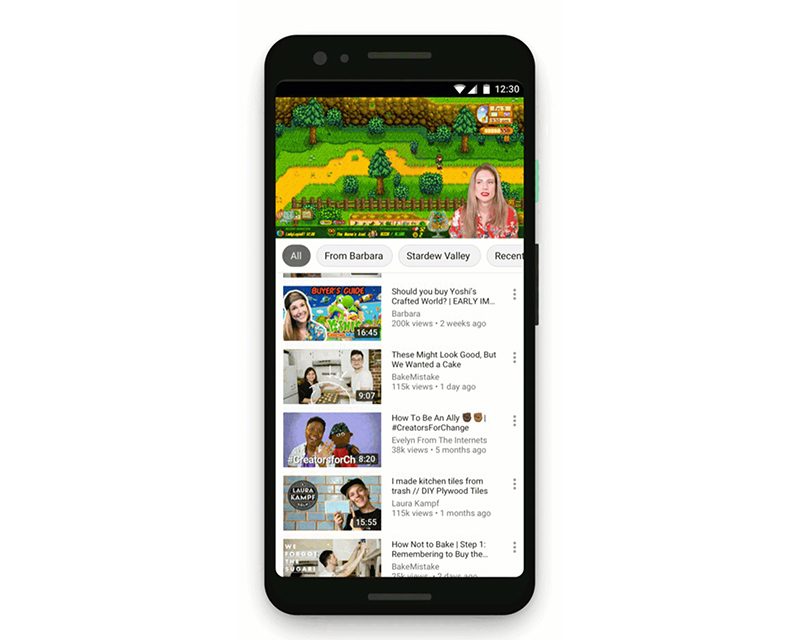 All of the new features are rolling out starting today, but could take some time to expand to all users.