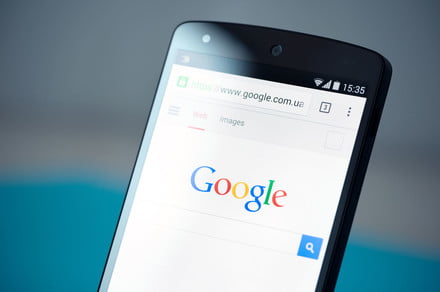 Google has been consistently making Search more and more helpful over the past few months, with features like the ability to share results straight from Search. Now, it’s Google Images’ turn to get a new feature — Google has announced that it’s making it easier to share the perfect GIF with a new “Share GIFs” section, in which you can quickly and easily share GIFs into apps like WhatsApp, Gmail, and Messenger.

Google Images has supported GIFs for some time now, and the new feature itself is powered by Google’s already-established GIF search engine.

The GIFs that will be a part of the Share GIFs section are made available by content creators, streaming services, movie studios, and so on — and any content provider or GIF creator can submit new GIFs to appear in the section, by uploading those GIFs to Tenor.com.

Of course, it’s easy to imagine that thousands of GIFs will end up appearing in the feature, so Google will be curating the selection a little. According to Google, GIFs will appear in the section based on how likely it is that they’ll be shared, so hopefully GIFs that you want to share will appear reasonably close to the top of the list.

Google Images in general has been getting more features recently. For starters, Google recently announced that Images would be getting shoppable ads to make it easier to find products that you’re interested in online. Not only that, but Google has also been working on object recognition through Google Lens — allowing users to take a photo of an object they’re interested in, and see similar products online that they could, in turn, buy.

The “Share GIFs” feature is rolling out now to the Google app on iOS and Android.