Home News Google Pixel and Pixel XL owners may receive up to $500 over...
News 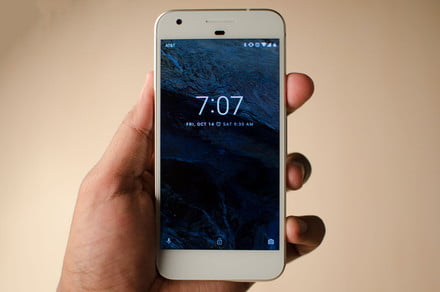 Owners of Google’s first Pixel smartphone could receive a payout of up to $500 after the company agreed to settle a class action lawsuit brought against it.

The Pixel and Pixel XL launched to glowing reviews in 2016, but it wasn’t before long some owners began complaining of issues with its microphone. Google admitted to the fault in March 2017 and set about replacing the faulty phones. But according to the lawsuit, the replacements had the exact same issue, and despite the ongoing problems Google opted to keep selling the device.

Disgruntled Pixel owners got together last year to launch a class action lawsuit against the company, and now Google has agreed to settle to the tune of $7,250,000.

The lawsuit covers Pixel phones made before January 4, 2017, and divides owners into different categories, with those most affected expected to receive the highest payout.

Assuming the settlement is approved at a hearing on June 5, a Pixel or Pixel XL owner who returned their defective handset only to receive one with the same microphone issue can expect to receive as much as $500 from Google. On the other hand, anyone who held onto their defective Google device should receive up to $350. Payments are also expected to be made to anyone who used insurance to replace their Pixel. Finally, anyone who owned one of the phones but experienced no issues could receive up to $20.

The good news is that it’s not too late to put your name down for a payout. Once the court has given the proposed settlement its approval, affected individuals should fill out a form on the website of the law firm that’s managing the case.

The defective Pixel phones had what Google described as a “hairline crack in the solder connection on the audio codec.” The lawsuit said the manufacturing fault caused “severe microphone issues” for Pixel and Pixel XL owners. Google said at the time that the problem affected less than 1% of Pixel phones.

The company’s proposed settlement comes just weeks after both it and Huawei offered to resolve another class action lawsuit, this one brought by owners of an earlier Google smartphone, the Nexus 6P. A frustrating hardware fault caused some handsets to get stuck in a cycle of reboots, rendering the phone useless.  If the settlement is approved at a court hearing in the fall, anyone who bought a Nexus 6P in the U.S. on or before September 25, 2015, and who puts in a claim, could receive up to $400 each.