Changing some code on YouTube could help lower its carbon footprint 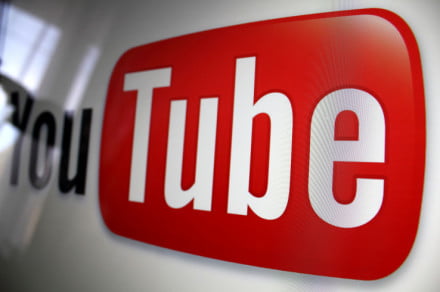 The idea of saving the planet by changing a bit of code on YouTube sounds, on face value, kind of crazy. But it could actually make a surprising amount of difference to the quantities of carbon dioxide pumped into the atmosphere — and it wouldn’t even involve much of a change to the overall user experience.

According to researchers at the U.K.’s University of Bristol, YouTube videos carry a carbon footprint of around 10 million tons of CO2 equivalent each year. That number, caused by the amount of electric energy used to power the data centers servers which provide YouTube streaming videos to the world, is equivalent to the total carbon footprint of Rhode Island.

Stopping YouTube videos altogether would, therefore, be quite a saving to the environment. However, that is unlikely to happen — no matter how much the occasional toxic comments section would have us sometimes wishing it would. Instead, the Bristol researchers behind the study have come up with another solution. By letting users listen to audio tracks on YouTube with an inactive screen, they think that it would be possible to save 100 to 500 thousand tons of CO2 equivalent every single year. At present, this option is available, but only to subscribers of the YouTube Premium service. Another possibility they suggest would stop YouTube from automatically playing videos.

The research is due to be presented this week at the conference on Human Factors in Computing Systems in Glasgow, Scotland.

While tech giants — including Google, which owns YouTube — have certainly made big steps in embracing sustainable energy, it’s not clear whether YouTube would consider a change such as this. Going forward, however, it seems clear that tech companies will need to start developing their systems in a way that pays proper attention to environmental factors. This would be a great, relatively straightforward start.

It’s easy for users to forget that something as intangible as software has real-world environmental impacts. But it absolutely does, and something as innocuous as streaming some YouTube videos or Netflix in the background while you check your emails (which, frankly, almost everyone does) unfortunately represents one part of a much larger problem. Let’s hope research such as this is heeded!