Home News Google and Huawei offer to pay owners up to $400 for Nexus...
News 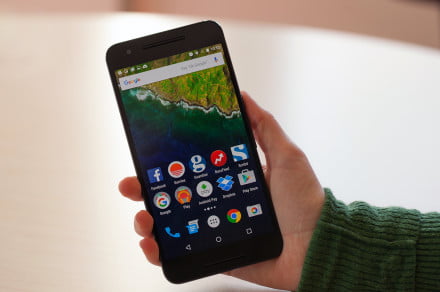 Google and Huawei are offering to fork out a combined $9.75 million to resolve a class action lawsuit against them by owners of the Nexus 6P. The settlement, which needs to be agreed to by the court before it goes into effect, centers around the bootloop issue that caused afflicted phones to randomly restart regardless of battery level. The lawsuit alleges that Google’s and Huawei’s actions were in breach of the device’s warranty, and claims that although both companies were aware of the bug, neither took steps to publicly acknowledge it or stop selling devices which could potentially fall prey to the problem.

The court is set to decide on the proposal on May 9, and this means that anyone that purchased a Nexus 6P in the U.S. on or before September 25, 2015 may be able to make their own claim. If that describes you, then details of how to make your claim can be found in the notice document. Keep in mind that eligibility for the claim is fairly rigorous, and only those who are able to put forward the proper documentation of the bug are likely to get close to the $400 limit. Those without paperwork proving the bug will likely only be eligible for up to $75, while those who took up Google’s offer of a Pixel XL in replacement will only be eligible for up to $10. Still, that’s better than a poke in the eye with a sharp stick.

It’s a sad end for what was generally held to be a good midrange phone. Created under Google’s Nexus program, which licensed hardware manufacturers to create devices running stock Android in close partnership with Google, the Nexus 6P was the result of a partnership between Google and Huawei, and it resulted in a phone that we pronounced “the best Nexus yet.” Unfortunately, it was also the last Nexus, as the program was replaced by the Pixel range, which saw Google take a firmer handle of the manufacturing reins and shift the price brackets firmly to flagship levels.

This isn’t the first Nexus phone to face legal woes over bootloops. The LG-built Nexus 5X also faced class action lawsuits, which were eventually dropped, while other LG devices also saw similar settlements for the same issue. Here’s hoping this saga of Android problems is finally at an end, and that we’ve seen the end of the dreaded bootloop.