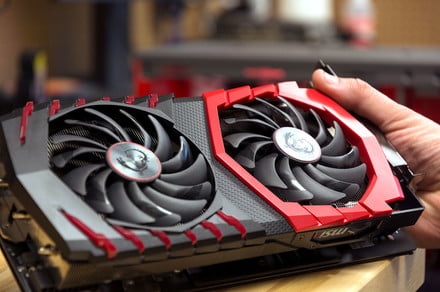 The AMD Radeon RX 580 is our favorite graphics card as it offers fantastic value for money and great performance at both 1080p and 1440p. In a steal of a deal before Christmas, Newegg is selling the PowerColor Red Dragon version of the card at the ludicrously low price of $180 with a $40 discount code. Buyers can also take advantage of AMD’s Raise the Game promotion to get two free games with their purchase, too.

Although the RX 580 is a relatively old card at this point (it originally launched in April 2017), due to last year’s pricing problems and the lack of midrange solutions in Nvidia’s new RTX range of GPUs, the RX 580 remains a fantastically capable card for midrange gaming. With 8GB of GDDR5 it can handle high-resolution textures and deliver high frame rates at both 1080p and 1440p with middling to high detail levels. It easily beats Nvidia’s GTX 1060 in most titles.

Following the release of the RX 590 — a slightly overclocked and die-shrunk RX 580 in itself — the RX 580’s price dropped down into the low 200s, making it better value than ever before. Newegg’s deal brings it down to $180 if you use the promo code. The card is the Red Dragon RX 580 from PowerColor, which has a boost clock of 1,350MHz — a minor bump over the stock frequency.

Still, with a dual-fan cooler aboard you should be able to overclock this card even further, delivering greater performance for your money.

Reviews for the card are relatively strong, although recent buyers do note that it is a little on the loud side. The fans can be noisy when spun up to high speed and there is some coil whine. Alternative RX 580s shouldn’t suffer from these issues, but then they are tens of dollars more, so you will need to weigh whether it’s worth risking a noisy card to get great performance for much less than usual.

If the RX 580 isn’t quite what you’re looking for, the fantastically powerful Vega 64 can be had for just over $400 at the time of writing, while Nvidia’s RTX series is a little cheaper than when it launched thanks to growing competition and holiday sales.