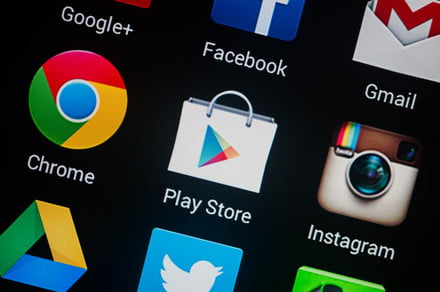 There are tons of options on the Google Play Store, whether you’re looking for a sleep tracker, yoga guide, or a new game. If you’re anything like us, each app’s ratings and reviews are crucial to deciding which app to download — and so it’s especially bitter to learn that many of those ratings or reviews are faked. That’s why Google is working hard to uncover as many fake and unhelpful reviews and malevolent apps as possible.

What comprises the material that Google is so keen to get rid of? Simply put, it’s content that’s either not helpful, profane, or simply not truthful. Google classes bad reviews into three separate categories: “Bad content” — reviews which are profane, off-topic, or hateful. “Fake reviews” are any review which seeks to unduly influence an app’s position in ratings, either by inflating the number of positive reviews, or tanking another app’s reviews with false low ratings. And “incentivized reviews” come from genuine users, but those who have been offered money or valuable items in-app in exchange for a glowing review.

An example of an app lending favors for a positive review

To help fight this tide of fake news reviews, 2018 saw Google deploy a new system that combines human intelligence with machine learning to detect and enforce policy violations. Engineers and analysts keep an eye on the Play Store’s review trends to make sure the machine learning model is kept up to date, and skilled reviewers are often brought in to check the decisions made by the review-checking models.

It sounds complicated, but it clearly works. According to Google’s post, a recent week saw millions of bad reviews and rating removed from the Play Store, and thousands of bad apps were also given the boot, detected in large part by those same false reviews. Despite a security crackdown in the last few years, malicious apps are still finding their way onto the Play Store — as the recent fake cryptocurrency apps can attest.

So Google seems to be going gangbusters when it comes to cracking down on false reviews — but it has also admitted that it still needs help from the community. If you spot a review that breaks Google’s guidelines on profanity or hate, or is simply off-topic, you can flag it as “Spam,” or mark it as “Inappropriate” from the review’s options. Developers can instead submit feedback on specific comments through the Play Console.


Facebook
Twitter
Pinterest
WhatsApp
Previous articleLOHAS vs. Philips Hue: Which Wi-Fi smart bulb should you buy?
Next articleYou’ll soon be able to run Windows and Chrome OS on your Chromebook
- Advertisment -