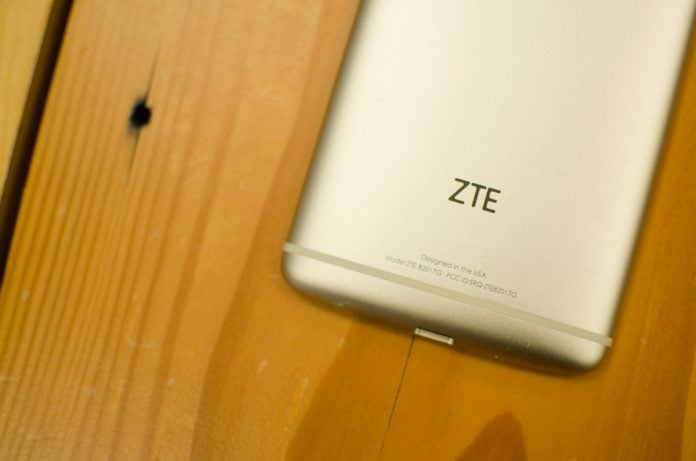 Phones that are capable of gigabit download speeds? As we approach 5G connectivity, our smartphone experiences can be completely overhauled with devices like the upcoming Gigabit Phone.

ZTE has quite a portfolio of smartphones lined up for Mobile World Congress this year — so much so that the company has announced what may be its next flagship device a little early: the ZTE Gigabit Phone.

The Chinese company says it’s a “forward-looking smartphone” for the 5G era, though the successor to 4G LTE is not expected to come until at least 2020. Naturally, the Gigabit Phone will allow for 1 gigabit per second download speeds, which ZTE believes would advance 360 degree panoramic virtual reality videos, allow for “instant cloud storage,” high-quality music- and movie-streaming, and more.

More: The Quartz will be ZTE’s first Android Wear watch, and it was just leaked online

Unfortunately the company’s announcement today is largely a teaser — we don’t have any other information regarding specifications or even what the Gigabit Phone will look like. You’ll have to wait until the official unveiling in Barcelona at the end of February.

ZTE said at the show it will also highlight how the Axon 7, its current flagship, received the Android 7.0 Nougat update — meaning it is now the third smartphone to be compatible with Google’s Daydream View headset for Daydream, the search giant’s mobile virtual reality platform. The Axon 7 received the Nougat update a few weeks ago.

The Gigabit Phone won’t be the only new smartphone unveiled by ZTE, though, as the company said there will be more additions to its Blade series.

We will likely learn more about ZTE’s Hawkeye project as well, which looked to crowd-source ideas for a smartphone and fund it via Kickstarter. The project has hit a few roadblocks and may need to be pulled until the company comes back from the drawing board with some tweaks.

There are also rumors that the company is building an Android Wear smartwatch with LTE connectivity — the ZTE Quartz. It’s rumored to arrive later this year, but we could see the announcement at MWC.

We’ll keep you updated as we learn more about the Gigabit Phone and other upcoming announcements from ZTE.