Google is in the giving mood! After a brief price break for Black Friday, the Nexus 5X is back on sale, this time for a decidedly longer duration. From now until December 30th, the Google Store has taken $50 off the price tag bringing the 16GB model to $329 and the 32GB model to $379. Amazon and Best Buy are also in on the sale and have reduced their product prices as well!

Another potential present for smartphone shoppers at the Google Store is an extended return window. Purchases made from December 8th through December 25 can be returned through January 22, 2016. This applies to everything however, not just the Nexus 5X.

Notes on the Nexus

The Nexus 5X, made by LG Electronics, is the smaller of this year’s two Nexus smartphones, the other, pricer yet more powerful and potent being the Huawei Nexus 6P. Just as with Black Friday, it is only the LG variant which has received a discount, however those customers who went shopping the day after Thanksgiving ultimately got the better deal as said sale was for $80 off.

In our official review, we concluded that:

There is no doubt that the Nexus 5X is a worthy successor to the Nexus 5, but this device faces far harder competition that anything seen by the Nexus 5. While aspects like the really good fingerprint scanner, a far improved camera, and smooth performance are fantastic to see, it isn’t that difficult to find a worthy alternative either, depending on your needs.

While everyone can appreciate a good deal, we suspect this prolonged price point might have to do with a sales trend favoring the Huawei Nexus, which was sold out upon its release at the Google Store. The Nexus 5X on the other hand, was readily available from day one. 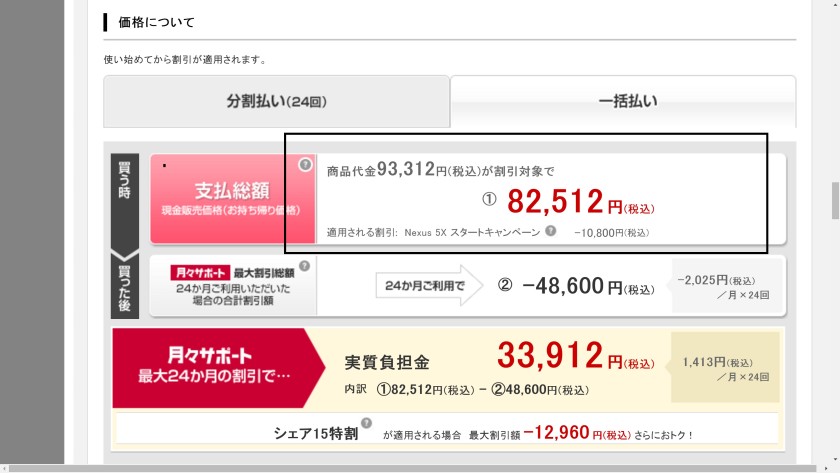 The retail prices of carrier Nexus 5X units in Japan is so expensive they are higher than the 6P hardware.

This sale is not limited exclusively to America however, as it appeared this morning here in Japan where the device – like in other territories – is significantly more expensive than it is in the United States. The return window component is also present, as it is in Google Stores around the world.

In Japan specifically, this is a rather surprising development given that Christmas is not observed here and relegated to a decorative event with a pretext for dating. Google is thus assuming citizens are going to be purchasing presents, though with New Years coming up – a holiday that is a major family event here – the gesture is still applicable.

To buy or not to buy?

Will this price break on the Nexus 5X encourage you to do some smartphone shopping? Is it a better value at the new reduced cost, or would you still preferentially prefer a a Nexus 6P? Leave us your comments below and be sure to let us know!

Facebook
Twitter
Pinterest
WhatsApp
Previous article[Rumour] HTC’s next flagship is codenamed ‘Perfume’, will launch with Android 6.1 and Sense 8 in tow
Next articleThe Moto E will be updated to Android 6.0 Marshmallow after all, in select regions only
- Advertisment -