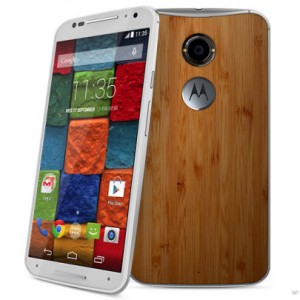 It was October 2014, and I had just dumped Sprint as my carrier because it was time to cut down on expenses. My wife had just retired because of a medical condition, and we needed a cheaper plan. At the time, I had 3 phones: The Galaxy Note 3, the LG G-Flex, and the HTC One M8. These phones were on unlimited plans, but the bill was around 600 dollars a month.

So after a few days of looking around, I found a special with Verizon. The Moto X 2014 was fairly cheap, new to the market, and I thought Motorola had a great reputation, so I bought two for me and my wife.

I was a very happy camper for about two months. Then, I got the lollipop update, and things started to get worse. If I were a light or average user on a smartphone, I could probably have gotten by with the dramatically decreased battery life. However, I use my phone for everything. I talk, text, research, and write articles while using my Moto X. My point is, the battery simply cannot keep up. Unsupported, I could only get about 3 hours of screen on time.

Another problem was that I bought the 16 gig model. Once you put in three or four applications that are of decent size, you’re out of usable space. I have several movies and games that couldn’t fit on the hard drive.  That was my fault, but the combination of the two problems got to be too much to handle. Clearly, something had to change.

So I bought a battery case, thinking that should at least make it much easier to deal with. It didn’t work out the way I hoped. The battery case only added about two hours of screen on time until both the phone, and the battery case were out of power, and I was eager to find a wall outlet before my phone was dead. The case was also supposed to support USB on the go memory, however, that feature wasn’t supported by the handset. 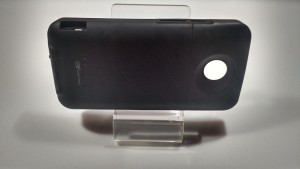 I enjoy the Moto X 2014, heck I’m sure that most people do as well. The phone itself is really well made. Aside from certain issues with lollipop I never had a problem that made the phone reset. It’s a good deal.. for someone else.

I decided to go back to HTC and use the One M8. I never had any problems with the M8. The software is really fast and efficient to use. The memory on my phone is a 32 gig model so I won’t run short of memory unless I choose to. I hate to say this, but Blink feed is a very good feature of Sence 6, and vastly improved in Sence 7. Last, but certainly not least, is that the battery is bigger than the Moto-X 2014. I’m sorry, but at the end of the day, I need the power and efficiency that comes with the M8.

I may not be the only person who has made this decision. I’m just one of the few who has a platform to complain, and then write about it. I have nothing against Motorola, and if the next handset improves the issues that I outline here, I would consider going back. However, for now I will be ready to use the HTC One M8 for the next year or so.

The post Why I dropped the Moto X 2014 as my daily driver appeared first on AndroidGuys.