With the HTC One launch coming on quick and suggestions that the camera software has not been bumped up to its highest potential before launch, today’s announcement from Clove is not an especially welcome one. Straight from one of the more prevalent UK (and international) retailers for smartphones online, Clove has made it clear today that though the original launch date for the international edition of the HTC One was March the 15th, they will not be getting stock until the 29th of this month. This news appears to have no affect on the launch date for the USA, though no official date has yet been confirmed. 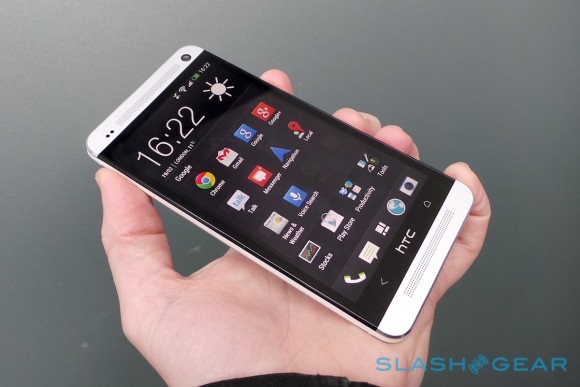 This launch date has been pointed specifically at the UK, with no other launch dates affected – though the UK is indeed the only place this device would have been available on the 15th one way or another. Those of you trying for the HTC One internationally or inside the USA will have a bit longer to wait – unless you’re all about picking this machine up online from across the pond, of course.

UPDATE: an HTC Spokesperson has replied to SlashGear.

“We will start fulfilling pre-orders by end March in certain markets and will roll out to more markets as we approach April.” – HTC

The HTC One is being released at a time when several monster manufacturers of devices are pushing their new heroes for 2013. You’ll find the LG Optimus G Pro launching across Asia while the Samsung Galaxy S4 hits the USA later this week. This summer will also likely play host to the iPhone 5S and Motorola has been tipped to be releasing a Google Nexus device as well – some of these suggestions are more likely than others, of course, but one thing is true: the HTC One has some competition!

From what we’ve seen thus far, you’ll be glad to hear, this HTC beast will be able to hold its own – and more! Hopefully sooner than later, too!

Meanwhile you’ll be glad to see the massive variety of hands-on looks and up close and personal explorations we’ve got with the HTC One. We’ve had quite a bit of time to write about this device as the details have rained down like candy upon us for the past couple of weeks. Have a peek at the timeline below for more information.