Earlier this month, the user profiles for a new Sony smartphone, codenamed Odin, were leaked, revealing three models running Android 4.1. Now the folks over at Concept Phones have what seems to be the first picture of the upcoming smartphone, as well as a handful of specs. The Xperia C650X ‘Odin’ is suspected to be Sony’s next flagship. 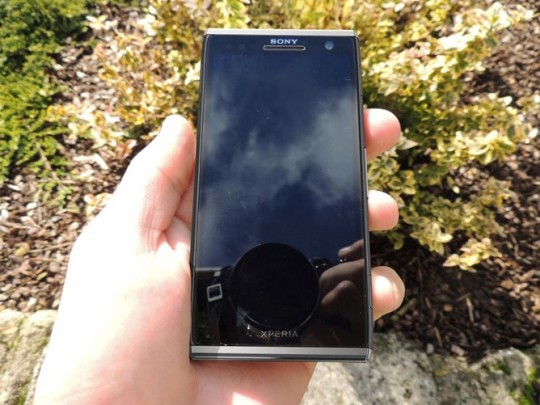 Following on the heels of HTC‘s recently announced J Butterfly phablet, the image shows what is claimed to be Sony’s upcoming 5-inch response. Reportedly, it has a 441ppi 1920×1080 full HD resolution, 2GB of RAM, an Adreno 320 GPU, and a Qualcomm 1.5GHz Snapdragon S4 Pro quad-core processor. As Concept Phones noted, the display seems to extend to the edges of the phone.

Over at Android Police, they pulled quite a bit of Photoshop history from the image’s EXIF data, causing speculation that this uncomfirmed image may be nothing more than a well-crafted fake. While the photo itself is showing off an Xperia-branded smartphone, take the claim that it’s the real deal with a grain of salt. So far, the only claim that it’s the C650X comes from tipster Jsus.

The information in the leaked user profiles revealed models C6502, C6503, and C6506. The model numbers could represent various carriers or different regions, although typically the numbers represent different regions. Whether this is the real thing or a quality fake stands to be seen, but don’t get your hopes up quite yet.