Welcome to Friday evening, everyone. Today was a pretty big day in the world of tech, with both Windows 8 and Microsoft Surface launching and the iPad mini going up for pre-order. Microsoft was actually handing out £50 coupons to the Microsoft Store for giving those in the UK who pre-ordered a Surface conflicting messages about when it will ship, and the company even managed launch Xbox Smartglass for Android alongside Surface and Windows. Microsoft said it will be giving Windows 8 Pro users a free upgrade to Media Center, while Steven Sinofsky talked up the company’s new products, managing to get a couple of shots in at Apple at the same time. 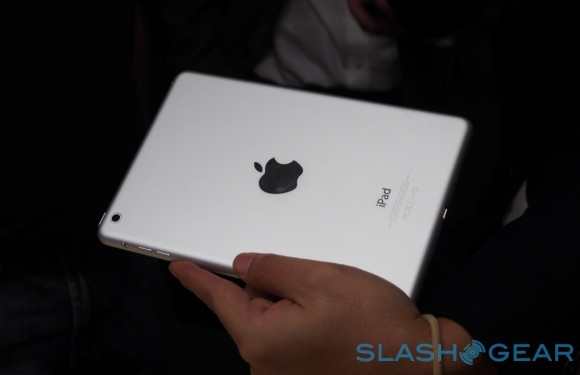 On the Apple side of things, iPad mini pre-orders went pretty quick today, but not as fast as Apple devices normally go, leaving us to wonder if Apple finally managed to get stock issues right or if the iPad mini just isn’t all that popular. We heard that iPad mini LTE models could arrive as early as November 21, and Apple was seen knocking PC manufacturers for being afraid to drop old technology.

Of course, it would have been a very strange news day if there weren’t any new Nexus leaks, but thankfully we had a couple big ones to report. One Google employee apparently used the camera on the back of the Nexus 10 to snap pictures on his vacation, while we got to see the tablet up close and personal in a series of new leaked photos. Speaking of Google, the company released a new video showing new Windows 8 users how to quickly install Google search and Chrome onto their machines, and we received a new Google Maps update that adds colored terrain, which is a pretty cool feature if you ask us.

There’s a particularly scary Borderlands 2 exploit making the rounds, while Minecraft: Xbox 360 Edition players got a skins pack featuring a whopping 55 Halloween-themed skins for just two smackers. Nintendo introduced a new Charizard 3DS XL that’s sure to be super rare, and GameStop announced that it will be opening a number of retail stores aimed at young children. Paul Ceglia was arrested for fraud after it was determined that he forged documents saying he was entitled to a huge stake in Facebook, and Volvo was touting its traffic jam self-driving technology today. Netflix detailed its Windows 8 app today too, so have a look at the company’s new video if you want to get familiar of all of the new features.

We’re almost done with the Wrap-Up, but before we go, be sure to have a look at the original articles that went up today. Chris Davies tells us why he’s cancelled his Microsoft Surface pre-order, while Chris Burns asks if Apple will adopt wireless charging technology if Google introduces it in its Nexus line. Burns also got the chance to interview famed artist Futura at a recent Samsung event, so don’t miss that one! That does it for tonight’s Evening Wrap-Up, we hope you have an excellent weekend!