If you’re a Google TV user, a new update is coming your way that will allow you to buy and rent movies, TV shows, and music from the Google Play store and play them immediately on your Google TV device. It’s hard to believe that Google is just now coming around to adding this to their Google TV platform, but users no longer have to wonder or complain. 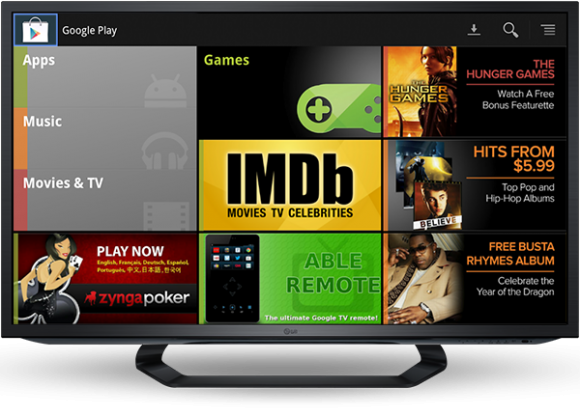 Using Google TV, users will be able to browse different content and buy or rent movies and other media with a credit card directly on their TV device. You can also buy content on the web or on an Android device such as a smartphone or tablet, and have it waiting for you on your Google TV device. The update will also include subscription billing and smart app updates.

However, it seems you still can’t begin watching something on one device and resume it on another just yet. Google intends to include this feature at some point, but we have to say they’re a little behind on the times since a lot of services already include this feature like Netflix, and most cable providers.

Google says the Google TV update will start rolling out tonight and continue on over the next few weeks, so if you don’t see the update shortly, you’ll have to be patient while the update makes its way to you. We’re just glad to see Google making strides to continuously improve its Google TV platform. It the company keeps it up, Google TV might easily become one of the hottest TV devices yet.