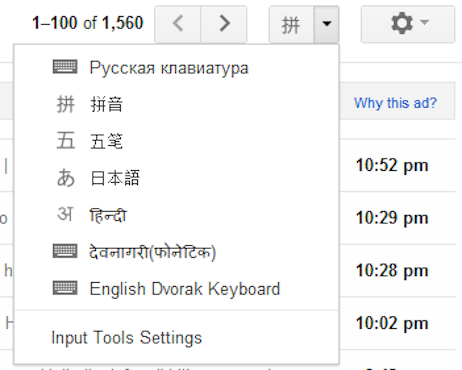 Gmail has had an automatic message translation feature for awhile, but now it’s really stepping up its game for multilingual users. The popular email service has added more than 100 virtual keyboards, transliteration and IMEs to help you communicate in as many as 75 languages, which is a quite the improvement over the five languages it supported before. Simply enable “input tools” in Language under Settings, and you’ll see an Input Tools drop down in your toolbar. Select the language you want, and away you go. You can also add the Input Tools function elsewhere via a Chrome extension, a Windows desktop client, or an Android app. Now, if only Google would sort out your upcoming exams in Chinese 201…