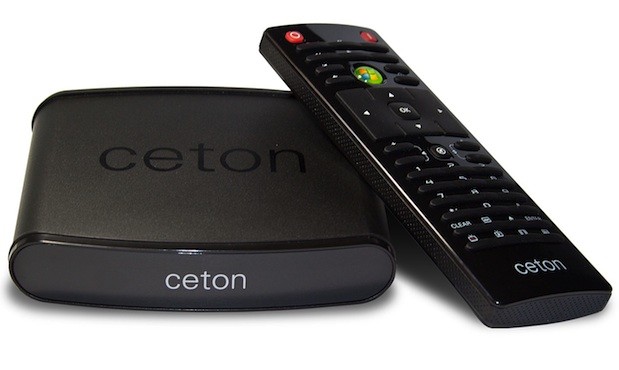 Windows Media Center users still in shock over the indefinite hold placed on Ceton’s Q DVR / Blu-ray player finally have some good news, as the company has officially revealed the details of the Echo extender. Now ready to go on sale around Thanksgiving, the Echo Windows Media Center Extender is looking much more polished than the demo unit we saw at CES, and Ceton says the final unit is actually 72 percent smaller, or 1/4 the size of the Xbox 360’s power brick. The smaller size is not the only benefit to those looking for an alternative to the gaming console as an extender, as it claims to be 90 percent more power efficient, rated at less than 5 watts and should be much quieter to boot. In the beta period it’s lacking some features that should be ready upon release like 1080p video, web browsing, and support for MPEG-1 / WMV9 codes, with more features promised in future updates.

Like any Media Center Extender, you’ll need a properly equipped Windows 7 (or 8, once it’s released officially with the Pro Upgrade) PC to run the show and an Ethernet cable drop since there’s no WiFi, but this tiny box promises multiroom access to live and recorded TV, plus your personal media library. We’ll have to wait for some hands-on time with a beta unit to find out if it lives up to the hype, but if you’re looking to squeeze some more life out of the WMC platform this may be just the boost you’re looking for. Check out the gallery for more pics or the source links for detailed specs, while confirmed beta testers should select the third link for relevant information like a $20 price drop.

Ceton’s $179 Echo Windows Media Center Extender is ready to go on sale ‘around Thanksgiving’ originally appeared on Engadget on Thu, 11 Oct 2012 05:52:00 EDT. Please see our terms for use of feeds.

It’s official: Apple needs to make a USB-C iPhone by 2024