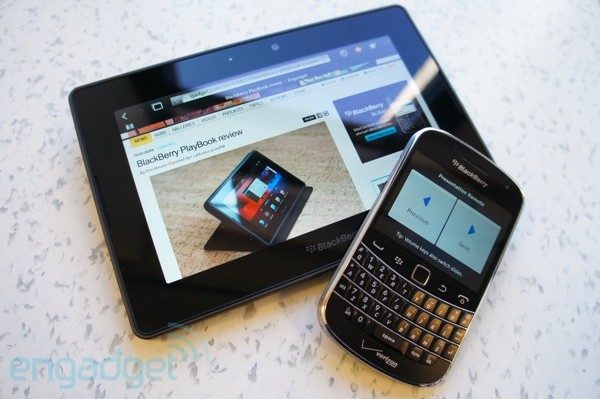 RIM’s attention around its QNX-based platforms might revolve around BlackBerry 10 as of late, but don’t think that it’s leaving BlackBerry PlayBook users behind. A PlayBook 2.1 update is rolling out today that fills in some of the gaps left by 2.0 earlier this year. Habitual messagers can now start SMS text messages directly from the tablet when tethered through BlackBerry Bridge; they also get overdue support for a portrait view in email, calendars and contacts. If communication isn’t the cornerstone of your life, you’ll still find a few niceties such as Android App Player support for the camera and in-app purchases, device encryption that extends to personal data and wireless printing beyond the local network. For now, you’ll have to be an owner of the original, WiFi-only PlayBook to leap on the 2.1 train today — those who sprang for the usually carrier-bound PlayBook 4G LTE should get their upgrade within a month.