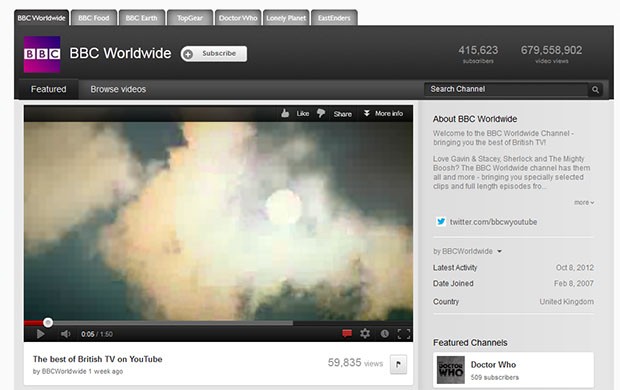 Hot on the heels of YouTube’s launch of 60 new original content channels, the BBC has announced that it will be partnering with Google’s video service to present two of those. The UK broadcaster said it will introduce a nature channel, with content coming from its BBC Earth Productions unit, and a science channel featuring Top Gear presenter James May “and his crack team of scientists.” The new portals will come online in 2013, and “Auntie Beeb” has also redesigned its six current YouTube stations and added new clips from Top Gear (season 18) and other original programs, too. All that comes along at the same time as the refreshed iPlayer — another way the company’s been creative with technology, lately.