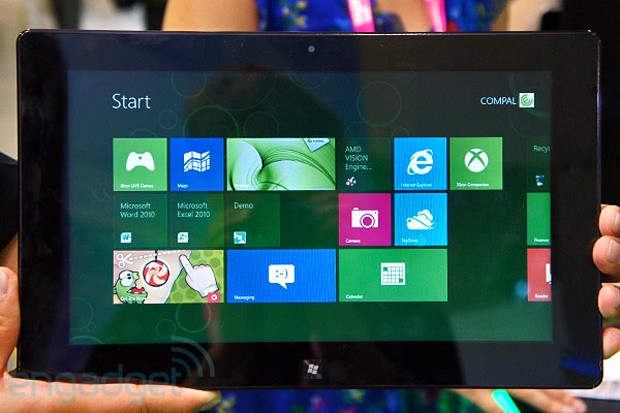 If you know AMD mainly for its laptop and desktop processors, then some readjustment may be in order: as of now, the company is rushing head-long into the market created by Surface fever and the need for ultra lean tablet chips that can handle Windows 8. Specifically, we’re looking at the official launch of the Z-60, formerly known as Hondo, which AMD says will arrive in tablets “later this year” and satisfy even our most unreasonable demands for Windows 8 hybrids that last 10+ hours in tablet mode and which turn into full-scale PCs when docked. And if you’re thinking that Intel made much the same pledge during its recent Clover Trail announcement, then you’re dead right — we actually have all the makings here of a proper old-fashioned chip fight. Read on for a spot of pre-match banter.