HomeNewsRAM requirements are out of control in PC games — is it...
News

RAM requirements are out of control in PC games — is it time to upgrade? 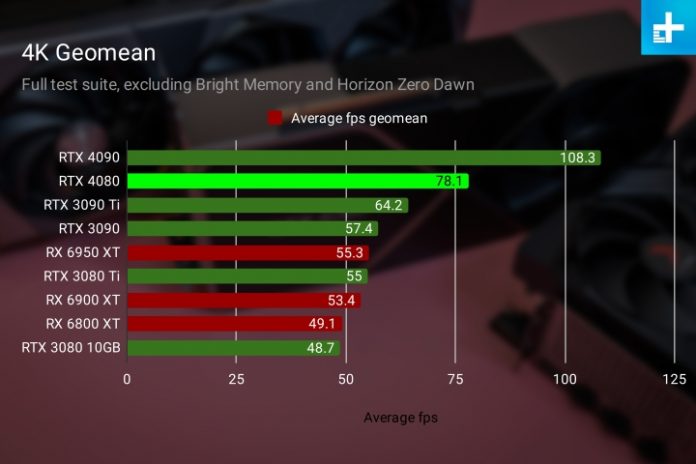 If you’re someone who likes to play the latest games, you may soon need to upgrade your PC — and that’s even if you used to think that your rig already had everything you needed. Why is that? Because of rapidly rising RAM requirements.

While most of us are used to seeing high-end GPUs and CPUs in various system requirements lists, we’re now observing an alarming trend when it comes to memory size. Is 32GB of RAM really going to be the new normal, and do we want it to be?

Yet another game has just joined the list of titles that present 32GB as a system requirement: Forspoken. This long-awaited Square Enix title is coming exclusively to the PlayStation 5 and to PC, and that alone should tell us something — it’s one beefy AAA title, and your PC will need to keep up.

Forspoken has three different levels of system requirements: minimum, recommended, and whatever it takes to run the game at ultra settings in 4K. Going with the bare minimum equals at least an Nvidia GTX 1060 6GB or an AMD Radeon RX 5500 XT 8GB, as well as the (fairly aged) Intel Core i7-3770.

These components continue to be popular even now; Nvidia’s GTX 1060 was only dethroned as the most-used GPU on Steam a short while ago. However, many gamers who run these types of builds may not have 16GB RAM to go with it.

The amount of RAM scales up as we move on to the “recommended” specs. This includes an RTX 3070 or an AMD RX 6700 XT, an Intel Core i7-8700K or an AMD Ryzen 5 3600, and lastly, 24GB of RAM. However, if you want to play the game the way it was meant to be played — meaning close to max settings — you’re going to need one of the best gaming desktops of this generation.

The ideal system requirements for Forspoken include at least an AMD Ryzen 7 5800X or an Intel Core i7-12700. Both of these are still some of the strongest CPUs on the market. There’s a surprise in the graphics card department — Forspoken devs recommend either an AMD Radeon RX 6800 XT or an Nvidia RTX 4080. This is an interesting discrepancy, seeing as the last-gen RX 6800 XT can’t hope to keep up with the RTX 4080 in 4K gaming scenarios.

Lastly, we have the monstrous 32GB RAM requirement. In a PC with an RTX 4080 and an Alder Lake processor, that may not seem like much, but compared to the competition, it certainly is a lot.

When ‘overkill’ becomes a requirement

Building a new gaming PC usually means focusing on two big components: the processor and the graphics card. Unfortunately for some, many of the other pieces of hardware become a bit of an afterthought. Hey, I get it — they’re just not as exciting as the CPU and the GPU are. RAM is something that most builders know you need to have enough of, but similarly, there comes a point where stacking even more of it becomes largely redundant.

For years now, 16GB used to mark the sweet spot for gaming. Any less than that and you may struggle, especially if you tend to run several things at once, such as gaming with Twitch on in the background. Having even more RAM was nice, but mostly for the sake of productivity and not so much gaming itself. It didn’t hurt, but it wasn’t needed. Up until this year.

Forspoken is the third title set to release with such a high RAM requirement. This new trend was started by the PC port of Returnal and then followed by Hogwarts Legacy. No surprise there. All three of these titles are AAA games through and through, and we have long expected them to be heavy on the requirements. There’s no telling how much the extra RAM is going to make or break a game’s performance, though.

Even then, it’s strange to see something that used to be considered overkill suddenly creep up on us and become a requirement. It feels like it’s only a matter of time before having 64GB RAM becomes the norm in high-end builds. And then, it won’t be long before more and more games call for 32GB instead of 16GB at minimum.

One possible explanation for higher RAM requirements is the memory demand in modern games. Large, open worlds that involve a lot of player choice generally require a lot of data to quickly be loaded into memory before being flushed out, which is why we’ve seen higher performance with processors like AMD’s Ryzen 7 5800X3D.

There’s no stopping the evolution of PC gaming, though, and even if it were possible, who would want to do it? Whether we like it or not, having 32GB of RAM may soon become more of a “you really should” kind of thing as opposed to “save your money, it’s not worth it.” In the case of DDR5 RAM, this means an expense of around .

Considering that high-end GPUs cost upwards of $1,000 (hello, RTX 4090), it’s not too bad. But it all adds up, and a part of me can’t help but miss being able to build a solid PC for the price of one of today’s GPUs.