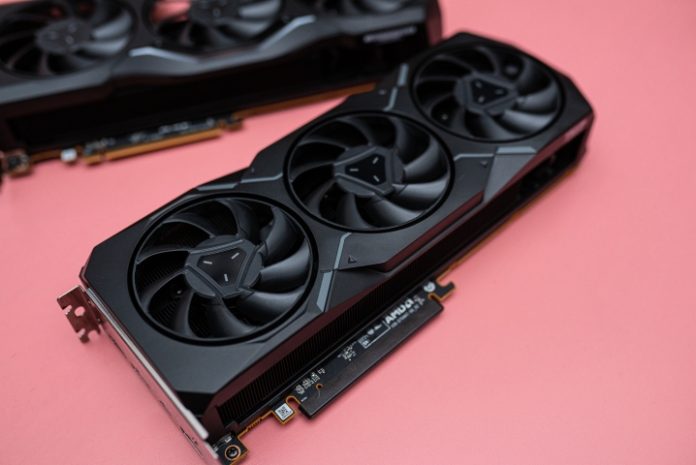 When AMD released the RX 7900 XTX and the RX 7900 XT, it was clear which of the two would be stealing the spotlight. The RX 7900 XTX is a solid GPU, and its weaker sibling is very much overshadowed by it. However, now that Nvidia launched its RTX 4070 Ti, there’s hope yet for AMD.

It might sound strange, but Nvidia may have actually done AMD a huge favor by releasing the RTX 4070 Ti the way it did.

On Newegg, you will find models of the card ranging from (buying that one is just pure insanity). The RX 7900 XTX costs anywhere between (again, insanity), but a lot of the models are sold out. The cheaper RDNA 3 card doesn’t have that same problem — most of the cards are in stock, and no wonder.

This leaves the RX 7900 XT in a pretty awkward position, one where it makes you wonder why it was even released (and since it was, why it wasn’t sold for less.) The flagship is such a clear choice here that it’s hard to imagine the RX 7900 XT ever going out of stock, at least not unless we experience another GPU shortage.

The RTX 4080 12GB strikes back — with moderate success

Nvidia’s recently released RTX 4070 Ti is one of the best graphics cards on today’s market, but that doesn’t make it an outstanding GPU or a good deal. In fact, many would argue that it’s neither.

When Nvidia first launched the RTX 4070 Ti, it was dubbed the RTX 4080 12GB and was announced alongside the existing RTX 4080, which is considerably faster. The 12GB version failed to impress — even on paper. With a $900 price tag, it was too expensive to make sense when presented alongside the $1,200 RTX 4080 — also pricey, but at least equipped with much better specs.

Nvidia thought better of it and promptly “unlaunched” the RTX 4080 12GB. Still, it wasn’t long before it made a reappearance during CES 2023, only to land on the shelves two days later, now dubbed the RTX 4070 Ti. It’s odd for a Ti version of the GPU to arrive before the base RTX 4070, but I digress.

This brings me to my point: AMD should almost be thanking Nvidia for releasing the RTX 4070 Ti with such specifications and at that price.

Not amazing, but mostly better

The RX 7900 XTX is Team Red’s strongest competitor right now, but even then, it’s only competing against the RTX 4080. The RTX 4090 blows every other card out of the water, no questions asked.

With the RX 7900 XTX facing off against Nvidia’s RTX 4080, the RX 7900 XT was the odd one out from the moment it launched. If it was cheaper, it would likely have generated a lot of interest. At $900 and above, it was likely doomed to never make much of a splash.

While both cards are capable of running games at a smooth 4K, let’s compare their 1440p performance — if only because Nvidia markets the 4070 Ti as a 1440p GPU. At that resolution, the Nvidia card is 8% slower than the RX 7900 XT and 14% slower than the RX 7900 XTX. The same trend continues throughout our testing. It wins in ray tracing, but not by the same massive margin presented by the RTX 4090.

This means that Nvidia has a direct competitor in AMD. The RX 7900 XT can outperform the RTX 4070 Ti, and if you don’t care about ray tracing, you can score better performance for just about the same price. Mind you, you’re still better off just getting the RX 7900 XTX instead, but if your budget only stretches to $850 to $900, the 7900 XT is still a good deal.

If Nvidia made the RTX 4070 Ti even cheaper, it would have easily destroyed AMD. Unfortunately, with an $800 MSRP and no Founders Edition cards, Nvidia’s partners are pricing it higher, so the final cost is still close to that of the unlaunched 4080 12GB.

This works to AMD’s advantage. Suddenly, the semi-forgotten RX 7900 XT looks good by comparison. The same can be said of the RTX 4090 and the RTX 4080; both are outrageously expensive, but the pricier card is actually the better deal.

Will this sway more people to try out Team Red and leave Nvidia behind? Not very likely; Nvidia controls the vast majority of the market. Still, it’s an interesting summary of GPU pricing in this generation of cards — it simply doesn’t always make much sense, and that’s a real shame for those who want to build a new PC.

Facebook
Twitter
Pinterest
WhatsApp
Previous articleHow to check your Fitbit or Google Fit activity on the Nest Hub
Next articleDirectX 12 vs. DirectX 11: which is best for PC gaming?