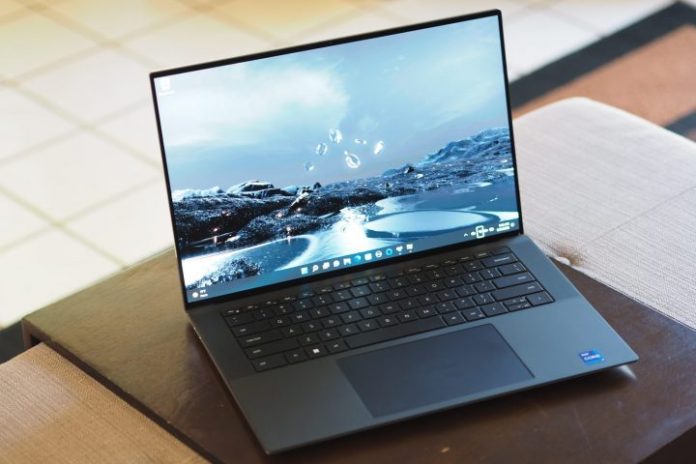 The thin-and-light 15-inch laptop class is attractive for creators and power users who don’t want the absolute largest machines to lug around. The Dell XPS 15 has led the class for some time now, and it’s one of the best laptops you can buy.

Lenovo’s new ThinkPad Z16 takes the ThinkPad line in a new, more modern direction, offering a few interesting features that the XPS 15 lacks. Are they enough to dethrone the king?

The XPS 15 can be configured as a more powerful laptop, and you’ll pay the price.

The ThinkPad Z16 departs considerably from the iconic black-on-black ThinkPad aesthetic, with a silver lid and chassis bottom that more closely resembles the XPS 15 than another ThinkPad. Open the lid and you’ll find a black palm rest and keyboard deck with the red TrackPoint nubbin, but the XPS 15 also has the same kind of black interior (albeit in the XPS 15’s case, it’s constructed of carbon fiber). The lines are different, with the ThinkPad Z16 being boxier and the XPS 15 being more streamlined, but these two sleek and attractive laptops have more similarities than differences. The ThinkPad Z16’s reverse notch that accommodates a 1080p webcam (compared to the XPS 15’s 720p version) stands out most.

They’re both built well, too, with solid all-aluminum chassis and lids that don’t give in to flexing, bending, or twisting. The hinges on both open smoothly with one hand and hold the lids in place. They’re equally solid premium laptops.

They also boast tiny display bezels, both affording a greater than 90% screen-to-body ratio that allows for minimal chassis size. The ThinkPad Z16 is just slightly deeper thanks to its larger 16.0-inch display versus the XPS 15’s 15.6-inch panel, but it’s thinner at 0.63 inches versus 0.73 inches and lighter at 3.99 pounds versus 4.62 pounds. The XPS 15 definitely feels denser than the ThinkPad Z16, but they are nicely sized machines given their larger displays.

The ThinkPad Z16’s keyboard looks a lot like the ThinkPad standard with its sculpted keycaps and plenty of spacing, but it’s lighter than usual with a snappier feel. It’s just as good as the XPS 15’s version, which also has nice keycaps and key spacing. Typing on both laptops is a breeze. The ThinkPad Z16 has a smaller touchpad than the XPS 15’s massive surface, but it’s also a haptic touchpad that provides feedback and clickability across the entire surface. An odd strip along the top is set up to support the TrackPoint buttons, but it’s easy enough to work around. The XPS 15’s touchpad has a nice mechanical feel, but the ThinkPad Z16’s haptic version is better.

Both laptops come with the same number of USB-C ports, but the XPS 15 supports Thunderbolt 4 thanks to its Intel chipset. Both have full-size SD card readers, which is a plus for creators, and both have the latest in Wi-Fi and Bluetooth. The ThinkPad Z16, though, offers LTE 4G WWAN, which the XPS 15 lacks.

The two laptops were closely matched in multi-core performance (except for Geekbench 5), especially when the XPS 15 was in its performance mode. The XPS 15 was faster in single-core benchmarks, though, and our review unit was equipped with the RTX 3050 Ti GPU, so its gaming and creativity performance was faster. At the high end, the XPS 15 would likely be faster, but that’s not something we were able to test.

Both laptops are fast for demanding productivity workflows, but as configured, the XPS 15 will be faster running apps that can use the GPU, like Adobe’s Creative Suite.

The ThinkPad Z16 offers a variety of excellent displays, up to a 4K+ OLED panel that we’re sure is spectacular. We reviewed it with the low-end (and low-power) Full HD+ IPS panel, and while it was brighter than the XPS 15’s 3.5K OLED display that we tested, it couldn’t keep up in any other metrics.

Both displays were fine for productivity work, but if you’re a creator or want the best media consumption experience, then you’ll want to upgrade the ThinkPad Z16 to its OLED panel.

The AMD Ryzen line of CPUs is more power-efficient than Intel’s 12th-gen CPUs, which showed up in our battery benchmarks. Even though the ThinkPad Z16 had a smaller 72 watt-hour battery compared to the XPS 15’s 86 watt-hour battery, it managed longer battery life in both our web-browsing and video-looping tests. That can also be written off to the ThinkPad’s low-power Full HD+ display compared to the XPS 15’s higher-resolution and more power-hungry OLED panel.

Equip them with more similar displays, and these results would be very different. In that case, the ThinkPad Z16 would benefit from a larger battery.

Performance is similar, and the battery life might even favor the XPS 15 if both laptops are equipped with OLED displays. They’re both well-built laptops that look more alike than different, and they both have excellent keyboards. The ThinkPad Z16 has a better haptic touchpad and offers always-connected WWAN.

But in the end, the XPS 15’s overall design is more cohesive, and it’s faster. You’ll pay for the privilege, but the XPS 15 holds on to its place as the best 15-inch-class laptop.