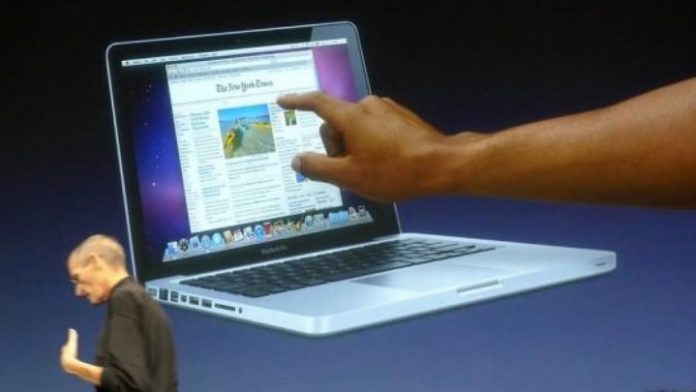 Apple is reportedly walking back its infamous policy against bringing touchscreens to MacBooks. Yup, you read that right.

And we’re not talking about reviving the disastrous Touch Bar, either. If the report is to be believed, we’re talking about real touchscreens on MacBooks, much like the ones currently available on many Windows laptops.

According to the reliable Bloomberg reporter Mark Gurman, Apple is currently working on touchscreen MacBooks to release in 2025. Gurman says these touchscreens will also be Apple’s first OLED MacBooks as well.

This reverses the long-held position by Apple designers, originally put in place by Steve Jobs himself, who criticized the ergonomics of vertical touchscreens. It’s the reason MacBooks have kept touch surfaces on the keyboard deck, such as the trackpad and Touch Bar.

It becomes even harder to explain when you consider that all these devices are made on the same system architecture — and in some cases, the same exact chips. You can even use iPhone apps on the M-series MacBooks, despite not having access to touch controls.

Apple has maintained that it is not merging the iPad and the MacBook, despite the fact that the lines between the two have become increasingly blurred.