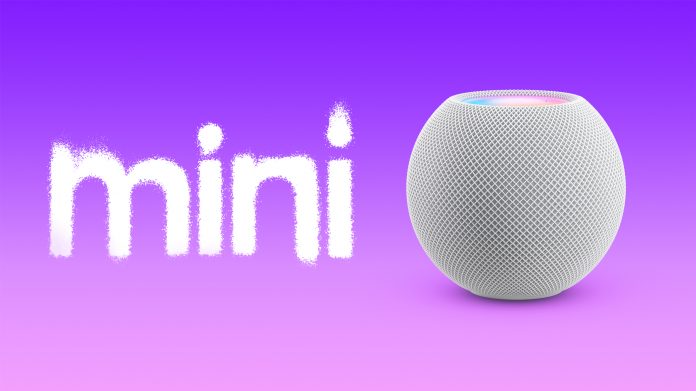 Apple is likely not working on a new version of the HomePod mini smart speaker, according to Bloomberg’s Mark Gurman.

In the latest edition of his “Power On” newsletter, Gurman explained that he believes Apple is not “actively working” on a successor to the ‌HomePod mini‌:

After the debut of a new full-sized HomePod, many users started asking about an update to the mini model. But at this point, I don’t believe that Apple is actively working on such as product. The latest HomePod doesn’t include any major new functions that aren’t already in the $99 mini, so there isn’t an obvious reason to update the model. Sure, it would be nice to get more colors, a cheaper price, and better sound and microphones, but the real improvements probably need to be made on the back end — with Siri and app integration.

The ‌HomePod mini‌ was announced in October 2020 at Apple’s iPhone 12 event. Less than half a year later, Apple discontinued the original HomePod, leaving the ‌HomePod mini‌ as the company’s only smart speaker until this week when Apple relaunched the full-size HomePod form factor.

The newly reintroduced ‌HomePod‌ offers a large number of features that were previously exclusive to the ‌HomePod mini‌, including an Apple Watch S-series chip, a U1 ultra wideband chip, Thread support, a temperature and humidity sensor, and a larger backlit touch surface that illuminates from edge to edge.

In August 2022, Gurman said that Apple was considering launching an updated version of the HomePod mini in the future, but he did not provide a specific timeframe or details about potential new features. He said the update was unlikely to be “super-impressive,” suggesting any changes to the ‌HomePod‌’s smaller sibling would be minor, but those plans now seem to have been shelved.Related Roundup: HomePod miniTags: bloomberg.com, Mark GurmanBuyer’s Guide: HomePod Mini (Neutral)Related Forum: HomePod, HomeKit, CarPlay, Home & Auto Technology
This article, “Gurman: Apple Not Working on New HomePod Mini” first appeared on MacRumors.com

Facebook
Twitter
Pinterest
WhatsApp
Previous articleLenovo ThinkPad Z13 vs. Dell XPS 13 Plus: the most advanced laptops
Next articleThe worst Macs of all time: from the Apple III to the 12-inch MacBook