HomeNewsDon’t wait on next-gen gaming laptops — here’s what you should buy...
News 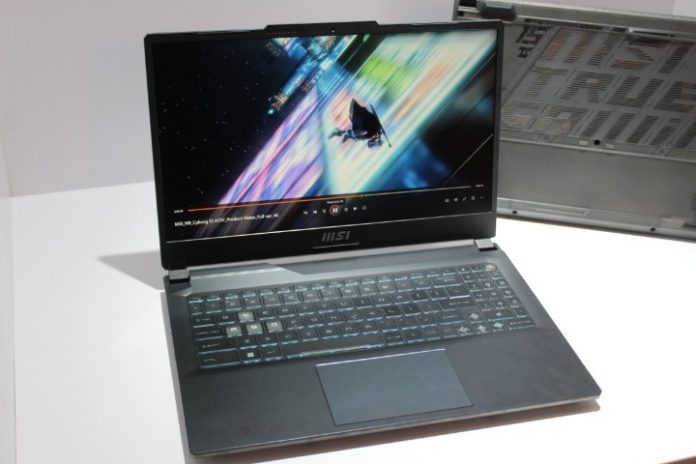 In a few short weeks, we should have the first batch of next-gen gaming laptops rolling out. Nvidia promised we’ll see machines that were announced at CES in February, and we’ve already gotten a good taste of the notebooks that will define the list of the best gaming laptops for the next year. But you shouldn’t wait to buy one.

AMD, Nvidia, and Intel all have next-gen components to power 2023’s gaming laptops, and they’re sure to bring a leap in performance. They also look to bring a leap in price, and with last-gen options going for so cheap right now, we’re in a situation where you can spend less money and get a more powerful laptop.

The main problem with waiting on a next-gen gaming laptop is that they’re getting more expensive. We recently highlighted MSI’s upcoming Cyborg as an example of what a $1,000 gaming laptop will look like in 2023. This is the lowest price, too. When Nvidia announced its RTX 40-series mobile graphics, it said laptops would start at $1,000.

RTX 3050 laptops started around $800. That’s already cheaper, but there’s an important note for the MSI Cyborg. It comes with a last-gen Intel processor, presumably to keep the price low. It’s hard to say with so few prices to go on, but that could be a trend we see with RTX 40-series gaming laptops.

Although we could see gaming laptops around the same price as the previous generation, I’m not holding my breath. Nvidia’s latest desktop GPUs have seen massive price increases, and there’s no reason to believe the mobile range won’t follow suit. Even if we do, last year’s models are going for bargain bin prices right now, and you can buy a much more powerful laptop for the same price as a new RTX 40-series machine.

What you should buy instead

We’re still waiting on prices for a lot of next-gen laptops, but last year’s stock is being offered at clearance prices already. Using the prices of around $1,000 and $2,000, here are the last-gen gaming laptops you should buy instead.

By far, the best gaming laptop deal you can get right now is on the Asus ROG Zephyrus G14. I picked one up in the middle of last year for full price, and although I’m kicking myself for not waiting on this deal, I’ve enjoyed every minute with this laptop.

Read our Lenovo Legion 5i Pro review for a full breakdown of this laptop, but it’s easy to say upfront that it’s one of the best gaming laptops you can buy. Lenovo’s Legion machines have a bit of thermal secret sauce that allow them to hit performance much higher than their specs would suggest. The RTX 3070 Ti inside the Legion 5i Pro even competes with the RTX 3080 Ti inside the Razer Blade 17.

Now down to $2,000, it’s the same price as the cheapest RTX 4080 laptop we’ll see. And for a machine with similar quality, including an excellent screen and keyboard, you’ll likely spend far more. The model I’m recommending comes with an Intel Core i7-12700H and RTX 3070 Ti. I’m sure it’ll be outclassed by RTX 4080 laptops, but I have a hard time believing a next-gen machine will be able to touch the price of the Legion 5i Pro right now.