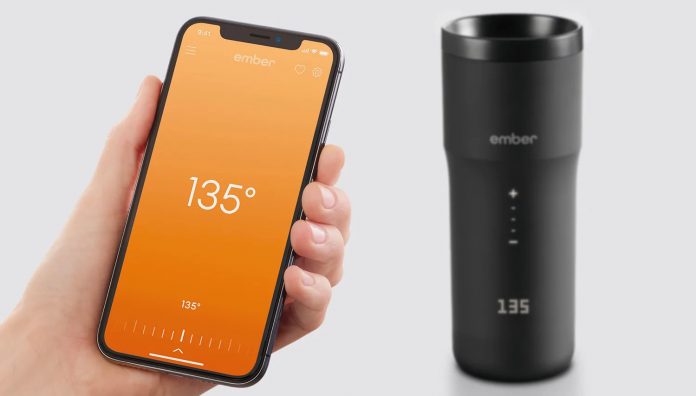 At CES in Las Vegas this week, temperature-controlled mug maker Ember said that it plans to release a new Travel Mug 2+ with support for Apple’s Find My app in the second quarter of 2023, according to TechCrunch and Engadget.

This new functionality will enable users to track the location of the Travel Mug 2+ in the Find My app in the same way as an iPhone, iPad, AirPods, or another device. The new mug will also have a built-in speaker that can emit a chime to help users find it when it is misplaced. The mug will otherwise have identical features and pricing as the existing Travel Mug 2, which is available for $199.95 in the United States.

Ember’s temperature-controlled mugs are designed to keep your coffee or other hot beverage at your desired drinking temperature for up to three hours, or all day if the mug is kept on the included charging coaster. The mug can be connected to an iPhone via Bluetooth and controlled with the Ember app, and the Travel Mug 2 also has built-in touch controls for setting a preferred temperature between 120°F and 145°F.