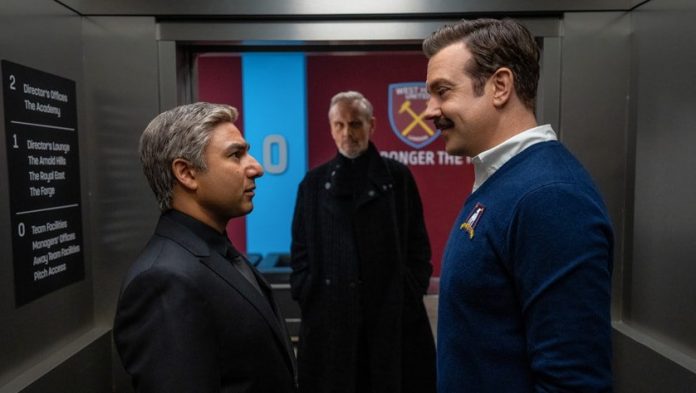 Apple has confirmed that the third season of hit comedy drama series “Ted Lasso” will arrive on Apple TV+ in the spring, although it did not offer a specific date.

“Ted Lasso” is one of Apple’s most popular TV shows to date, and it has won a number of awards. In the series, Jason Sudeikis plays a small-time college football coach from Kansas who is hired to coach a professional soccer team in England, despite having no experience coaching soccer.

The return of the award-winning series will likely be its final outing. Cast members said their goodbyes on social media immediately after filming of the third season wrapped up in November, and Apple has said nothing about a fourth season.

News of the show’s return in the spring came as Apple presented on Wednesday at the winter Television Critics Association press tour, where it also gave a first look at several more original series coming to ‌Apple TV+‌ in the spring.

New shows include “The Reluctant Traveller,” “Shrinking,” “The Big Door Prize,” “Hello Tomorrow,” “Dear Edward,” “City on Fire,” “The Last Thing He Told Me,” and “Extrapolations.”
“The Afterparty” and “Schmigadoon!” are also set to return.Tags: Apple TV Shows, Apple TV Plus
This article, “Apple Confirms Third Season of ‘Ted Lasso’ Coming to TV+ This Spring” first appeared on MacRumors.com